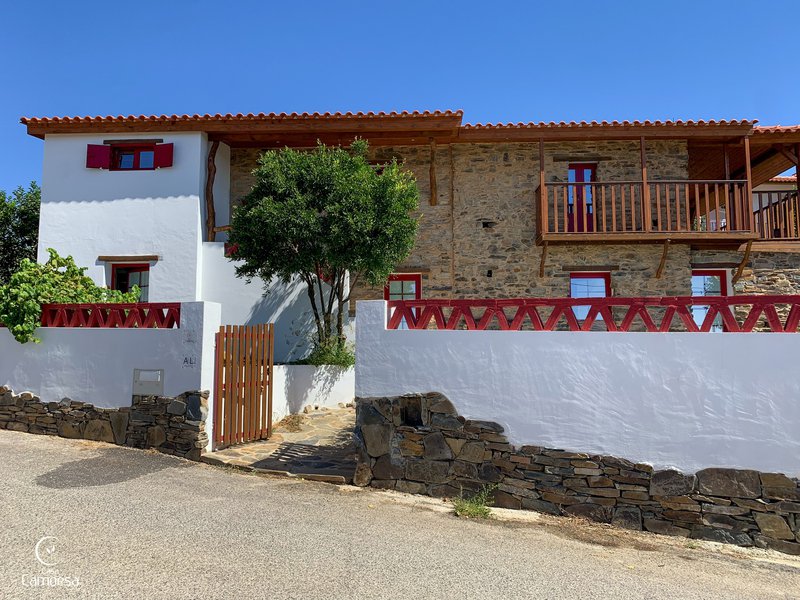 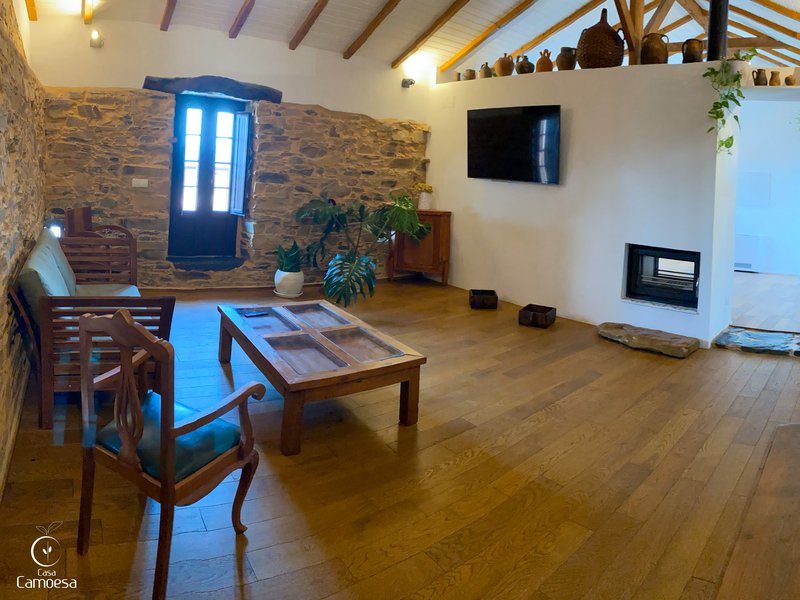 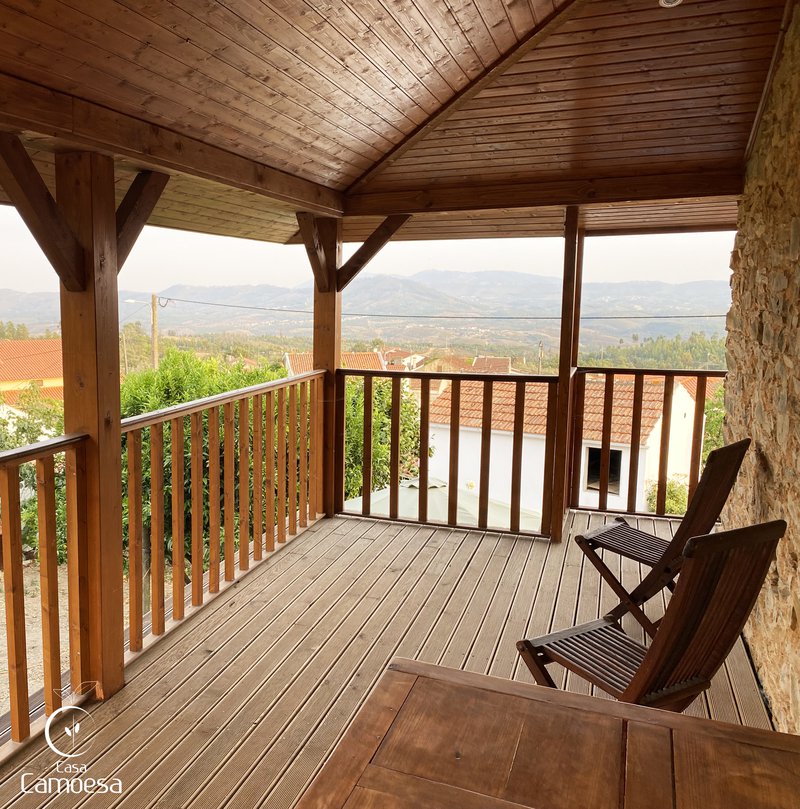 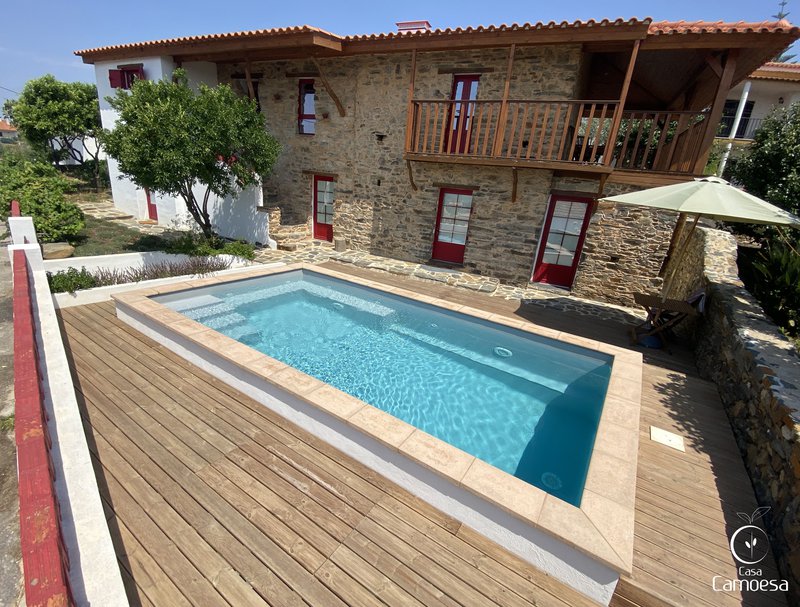 In the vegetable garden savor a strawberry, feel the aromas of the garden and on the balcony with wide views, rest your eyes and relax

Camoesa is an ancient variety of apple, with a rough, pinkish skin. With a pleasant aroma and flavour, it is an authentic apple, with history and which was a delight to our ancestors. Casa, which we called Camoesa because there is a beautiful specimen in the backyard, is perhaps a bit like the apple.

Rough on its skin, which are the schist walls, pink on the shutters and windows. Casa Camoesa has tried to keep the original architecture practically unchanged, not only in the façade but also in the interior spaces. To keep the wooden house and some of the interior walls in stone is to show the bones of the house, to show its authenticity. As well as highlighting the niches that once served as shelves as they do now; the clay pots, the work of potters, that were inserted in the walls and used to store grain and beans, and that can still be found in the oldest ruins of houses in the village of Roda, today perhaps home to mobile phones and wallets; Also the holes that in the process of building the stone walls served to fix wooden beams that supported the boards through which the workers passed carrying heavy stones, like scaffolding, and that in the corrals and stables were then open to 'breathe' and let the cats pass in search of dinner.

The Camoesa House was not in its origin a manor or manor house, only a house of humble people, like so many others in the village of Roda or in other villages of the parish. Composed of a part inhabited by the family, the kitchen, the living room and the lodge on the ground floor, bedrooms on the upper floor; of an adjoining addition that functioned as a corral and stable below and a hayloft on the upper part. There was also a small annex where the oven was located and at the end of the yard, in a walled rectangle, the pigsty.

Keeping some of these aspects of the house was a real challenge, but one we gladly accepted, guided by the will to preserve the history and memory of those who preceded us.

The Casa Camoesa is the desire to rescue for this century, with the comfort demands of today, a traditional house of the people of Beira Baixa. A people's house, where in other times, when the knock on the door sounded, it was heard from inside: " come in, who are you?

The Casa Camoesa has four air-conditioned en-suite bedrooms. Two with large double beds and two doubles. Fully equipped kitchen. A reading room, a living room, winter garden as dining room, barbecue and threshing floor facing north. Facing south, a veranda where you can lose your eyes on several villages in the southern end of Beira Baixa, at the foot of the Bando and Santo António Mountains, in the distance already in Alentejo, Nisa, Castelo de Vide and Marvão in the background. The Portas de Ródão on the left indicates where the Tagus River passes. Swimming pool, aromatic garden and backyard with several fruit trees in the outdoor spaces.

Television and wi-fi throughout the house. Parking available.