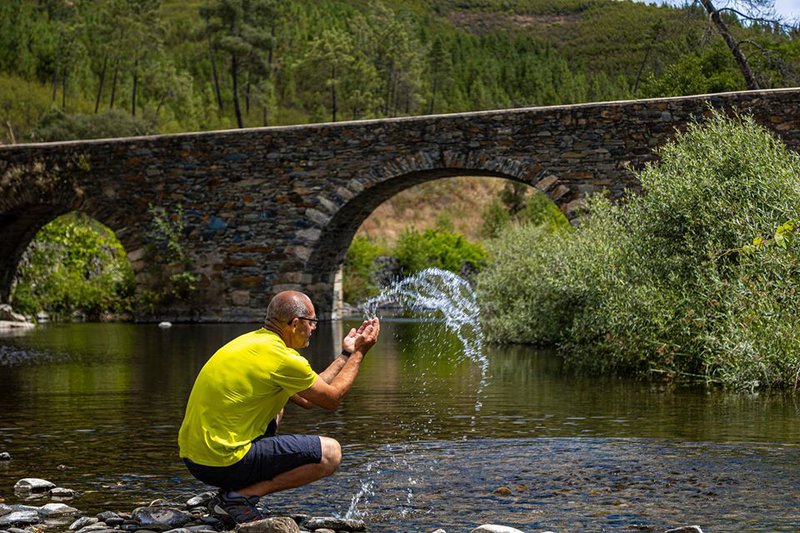 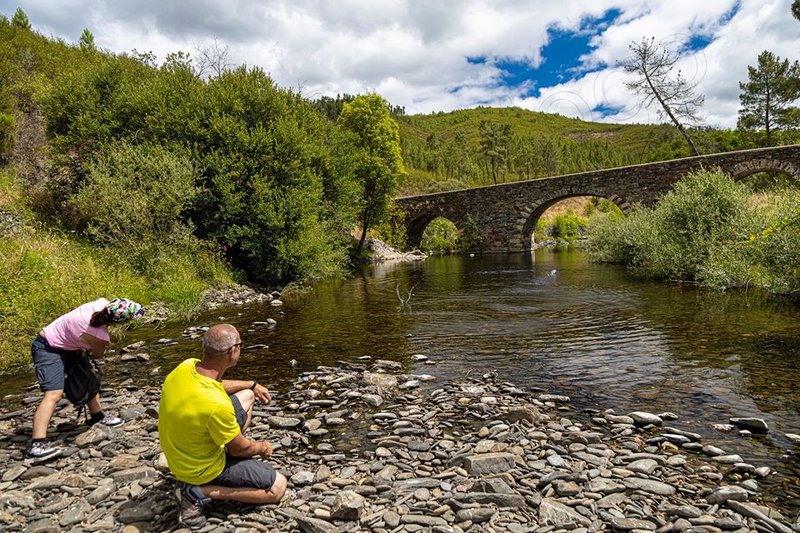 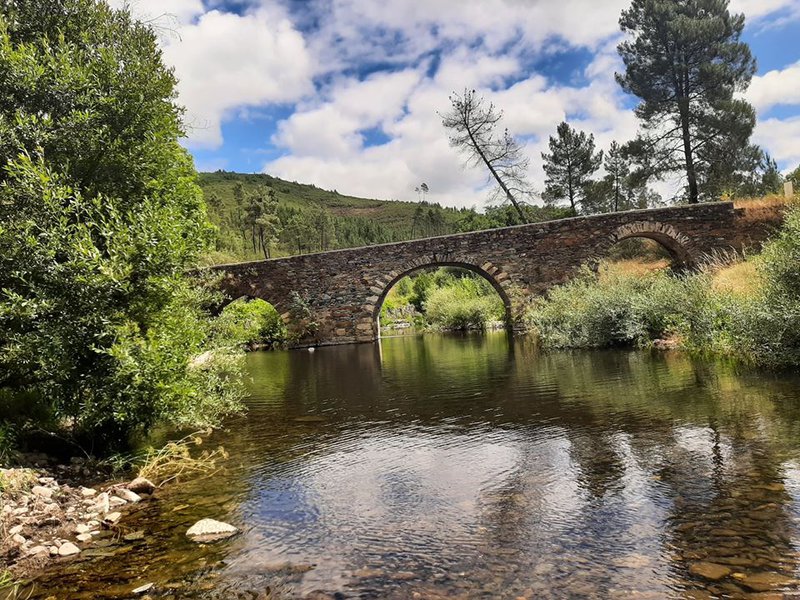 The Ponte de Pedra da Ribeira de Isna is located on the old Colos road, or via the Moors, which from Cardigos went to Sertã, about two kilometres from the first location, very close to the geographical centre of the country, at a crossroads of various communication networks of Roman Hispania, which after the reconquest in the reign of D. Afonso Henriques became the domain of the Knights Templar, later passing to the domain of the Order of Malta.

During the reign of Philip II of Spain, in 1605, the seat of the Comarca is elevated. In 1878, through the reform of the administrative boundaries, after belonging to the municipality of Vila de Rei, it moved to the area of the municipality of Mação, with the property being in the end of three different counties, the third, not previously named, being the municipality of Sertã.

The bridge is built in stone masonry set in regular rows, which could eventually be plastered, where the foundations up to the imposed are in granite, the rest being in schist, including the arches made of thin schist stone slabs, arranged in wedges.

The bridge is made up of three arches with a perfect turn, with the ends approximately equal in vain and the central one slightly larger, reproducing a functional architectural model applied in other buildings.

Its deck, flat, has a length of 36m, and its width is about 3.5m, being delimited by side guards.

The dimensions of its 3m high by 3.6m wide heights are remarkable, with a very acute angle, certainly to break the impetus of the floods. Downstream, there appear to be traces of smaller heels.

As for the chronology of the building, precise dating requires in-depth historical research, but this structure needs to be correlated with a precise chronological period, well delimited by comparative studies, although it is accepted that this model is of Roman tradition (JAM)