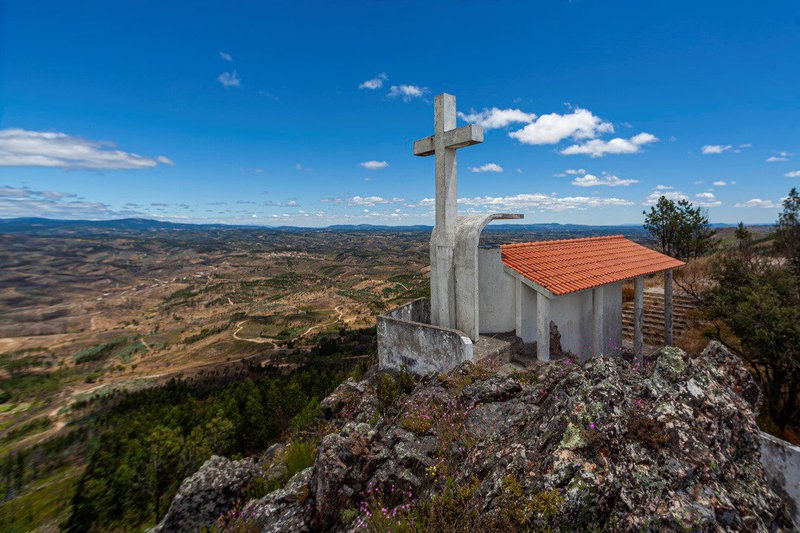 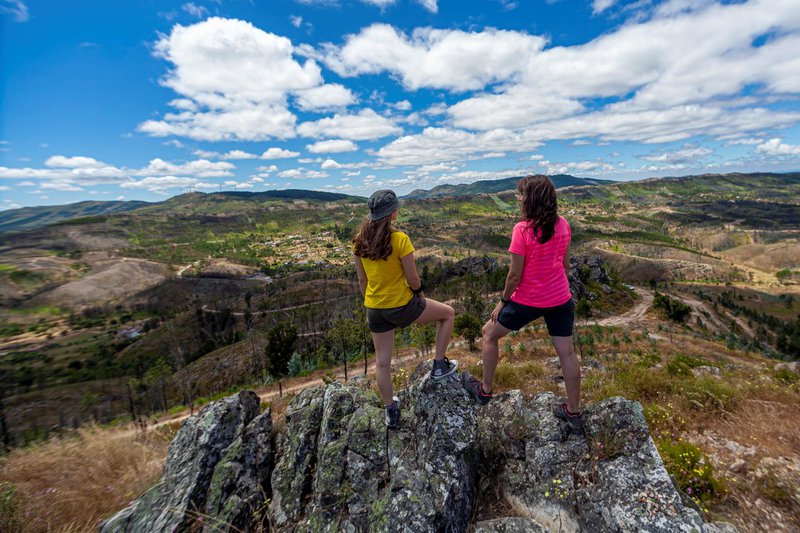 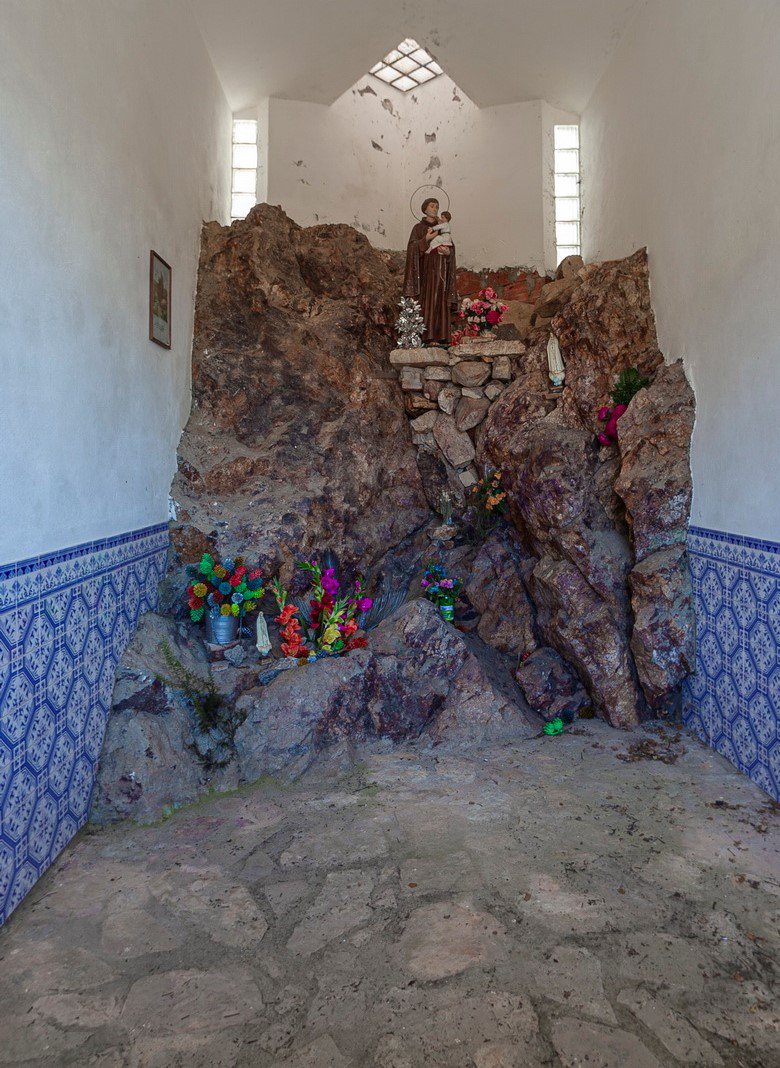 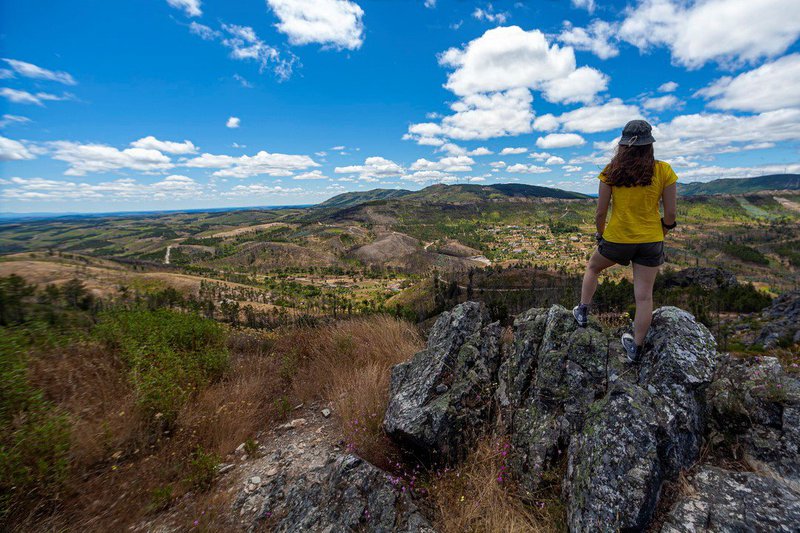 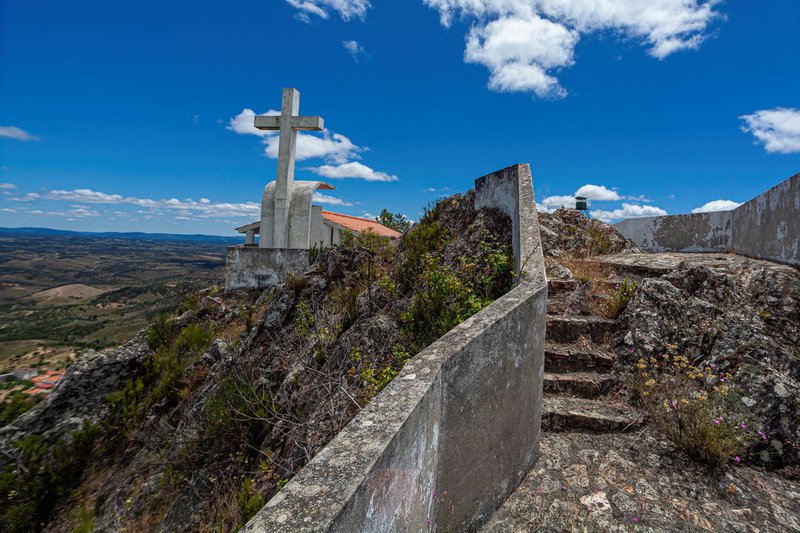 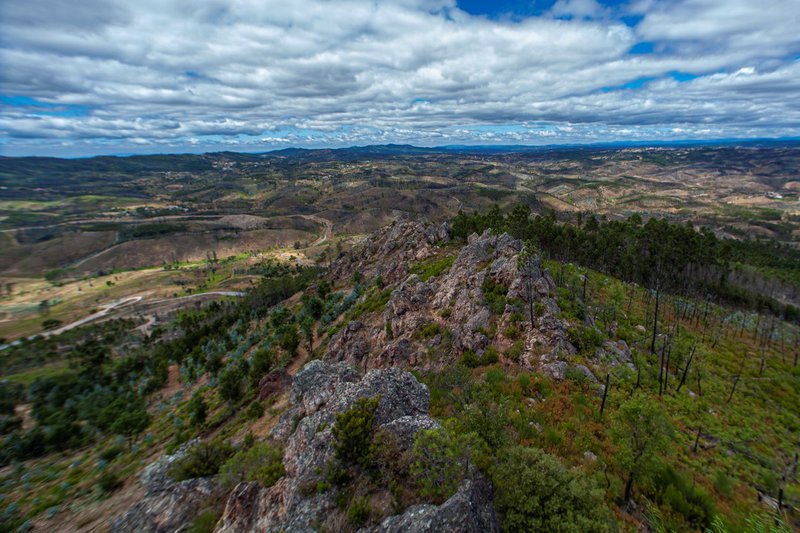 At the top of Serra do Freixoeirinho, 545 metres, also called Serra de Santo António or simply Serra do Santo, in the centre of a celestial view, there is a small hermitage of evocation to Santo António.

Since the 18th century we have been aware of a very simple and poor temple of evocation to Santo Antão, a chapel dependent on the mother church of Amêndoa, in the territory of the parish of the same name.

To the initial evocation, the people decided to add St. Anthony, there being two images and the chapel being "St. Anthony and St. Anthony". The image of Santo Antão was older, made of stone, and that of Santo António, made of wood, more recent.

In 1845 the state of abandonment was such, without doors and with the images in a great state of degradation, that, the documents say, the building was not in condition to receive the cult, so the authorities decided to demolish it after a new building was built in the Martinzes, to house the religious ceremonies and the images of the saints after they were restored.

In 1995, by the initiative of the Board of an Association that gathered the good will of the villages of Freixoeiro, Freixoeirinho, Cabo, Robalo, Monte Fundeiro, Gargantada, Martinzes, Arganil, Moita Ricóme, Mesão Frio and Sarnadas, belonging to the parishes of Cardigos and Amêndoa, created in 1992, with the enthusiasm of Henrique Dias Santos (Freixoeiro), Luís Filipe Résio (Cape), Luís Miguel Résio (Gargantada), António Farinha, "Meirim" (Sarnadas) and António Manuel Caetano (Arganil), among others, popular devotion has led to the construction, now in the territory of the parish of Cardigos, of a new building evocative of St. Anthony whose image occupies a central place.

Right next door, a little to the south, the remains of the old chapel are still visible in praise of the saints "Antão e António".

It is here that, with the intercession of the best known Portuguese saint, the visitor can almost touch the sky with his eyes set on a dazzling landscape from one of the privileged points of the parish of Cardigos. Paraphrasing our Vate Maior, in "Os Lusíadas": "Better is to try than to judge, but judge who cannot try".