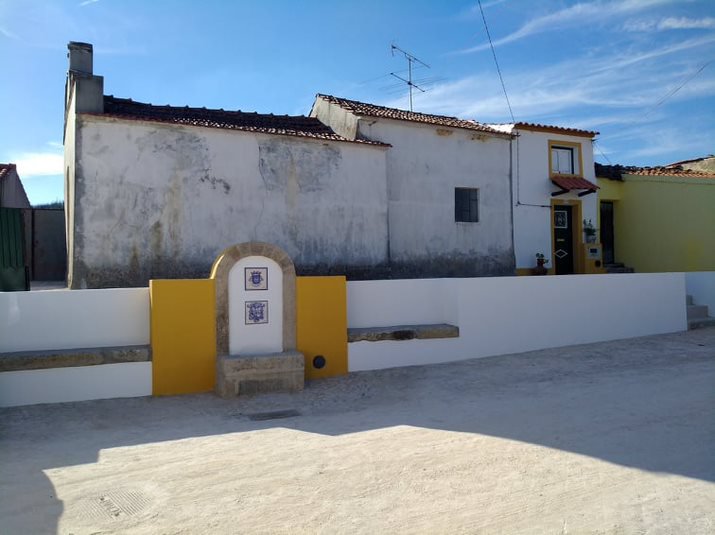 The whole space is the target of recovery works.

Misericórdia Chapel, of rectangular plan, composed by nave and main chapel, inside with wooden ceiling and cradle vault, respectively and little illuminated.

The main altarpiece is straight and has three axes, with panels following the Mannerist canons, with bold compositions, elongated and contorted figures, although with an undeniable popular and naive stamp. According to Pereira (1995, p. 12), the type of support, the treatment of faces, the choice of themes and some colours, bring this polyptych closer to the achievements of the masters of Abrantes and Sardoal.

According to Pereira (1995, p. 5), the chapel would initially have a porch attached to the current main chapel, which would later be closed in order to create the nave, which would explain the lower right foot of the nave and the laying of its internal roof directly on the walls.

The current semi-circular backrest of the main façade, resting on the straight edge, was the result of a restoration without any architectural criteria.

The altarpiece does not adapt to the space where it is integrated, having been removed the pediment to fit the structure. According to the Parish Memories of 1758, the chapel initially had "a separate house to accommodate the poor, which they call a hospital".