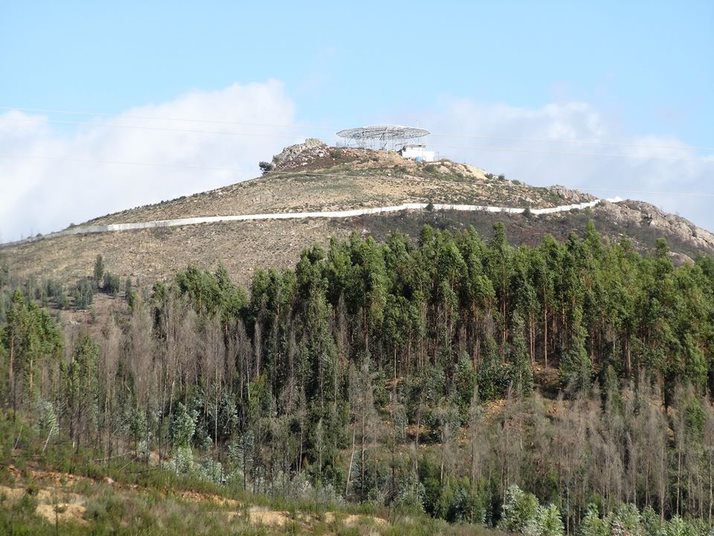 The VOR is one of several types of beacon radio which exist to aid air navigation, VORTAC, VOR DEM, NDB, TACAN, in this case Nisa, is a VORTAC.

VOR is an acronym for "VHF Omnidirectional Range".

The VOR radio beacon emits two signals: one non-directional and the other rotating (directional) aligned with the Earth's magnetic north. A receiver on board measures the phase difference between the two signals and converts it into magnetic degrees called Radials - these ones indicate their location to the pilot, in relation to the VOR. It also sends a signal with the station identification in Morse code.

VOR signals do not suffer electrical interference from the atmosphere and their maximum range of 240 km will depend on the altitude of the aircraft, natural obstacles and the curvature of the Earth, and one must tune the desired station (which can vary between 108.00 to 117.95 MHz modulated in AM).

VOR are usually associated with DME (Distance Measurement Equipment), which independently complement the VOR system and help pilots to know the distance between the aircraft and the VOR station.

The name NISA at this part of Mação's Municipality is due to the fact that the name MAÇÃO can be confused with MACAU.