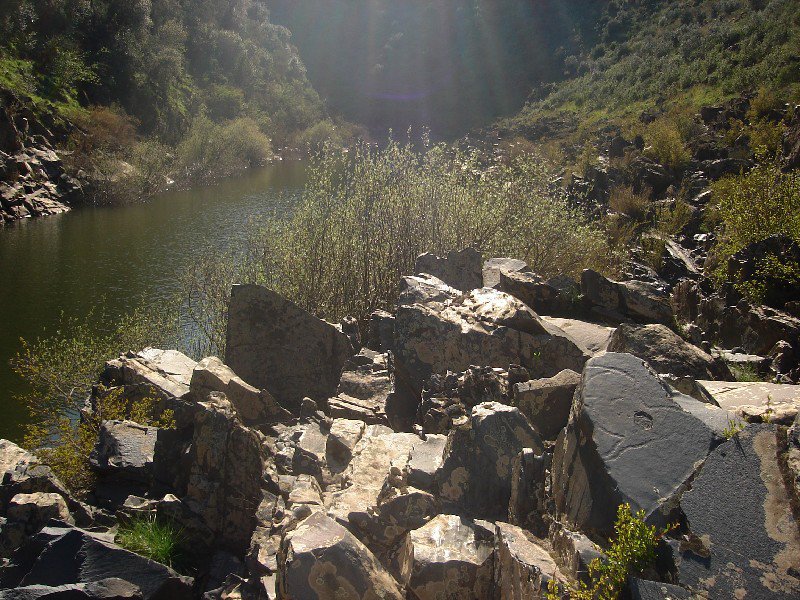 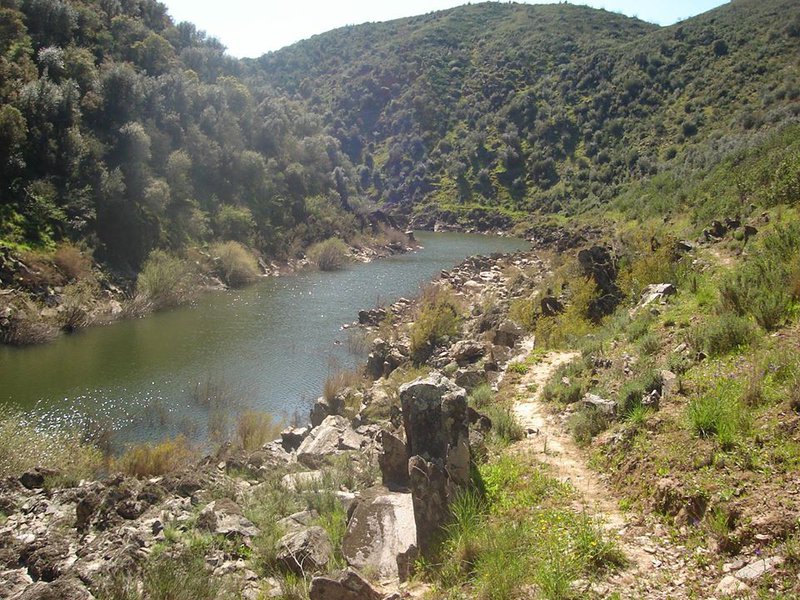 The Ocreza Archaeological and Environmental Park, in Mação, covers 14 kilometres, which extends through the valleys of the Pracana stream, the Ocreza river and the Tagus bank, between Pego da Rainha and Barca da Amieira.

Known since the middle of the last century, the rock art in the area of Mação municipality, has today, thanks to the work of the Museum of Prehistoric Art of Mação and the Institute of Earth and Memory, an important quantitative and qualitative dimension including engravings and paintings, chronologically belonging to an arch of times that goes from the Upper Palaeolithic probably to the Middle Ages.

Numerous works were developed in the area of Cobragrança (Caratão), an area badly damaged by the fires of 2003, with engravings of circles (shields? ) from the Bronze Age and then the research carried out in the area of the Ocreza Valley that goes from the Pracana dam to the river mouth area, already near the Tagus, namely in the Souto Valley and in the Rovinhosa Valley, where more than 30 engravings were identified, among which a paleolithic style brainless horse is evident, several figures of deer in the "Tagus" type, with the central line on the back and the neck filled, as well as schematic anthropomorphs and abstract figures such as concentric, spiral and line circles and circles, belonging to a long period that goes from the Megalithic horizon to the World of the Bronze Age.

The museum's technicians visit the sites frequently, and whenever there is a manifest interest of an organized group.