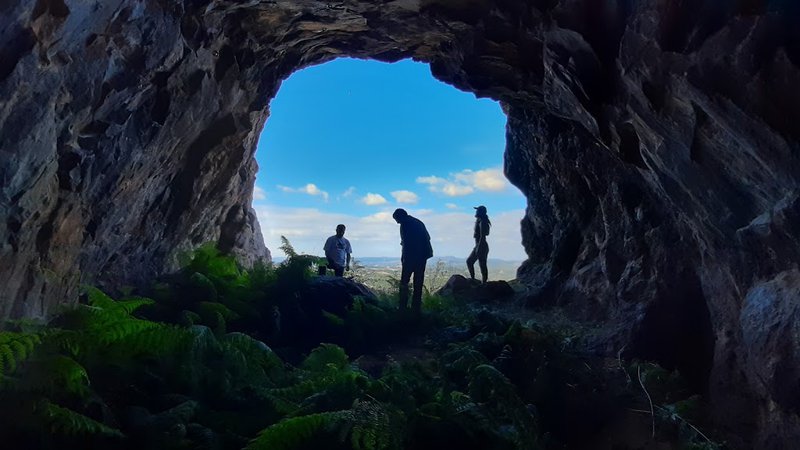 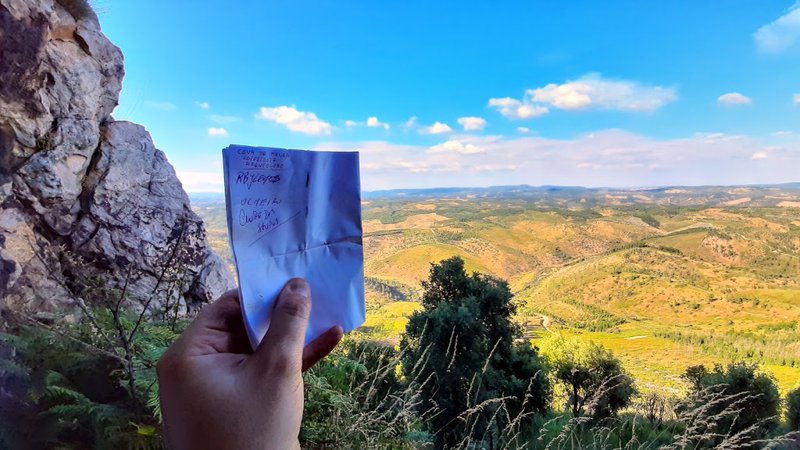 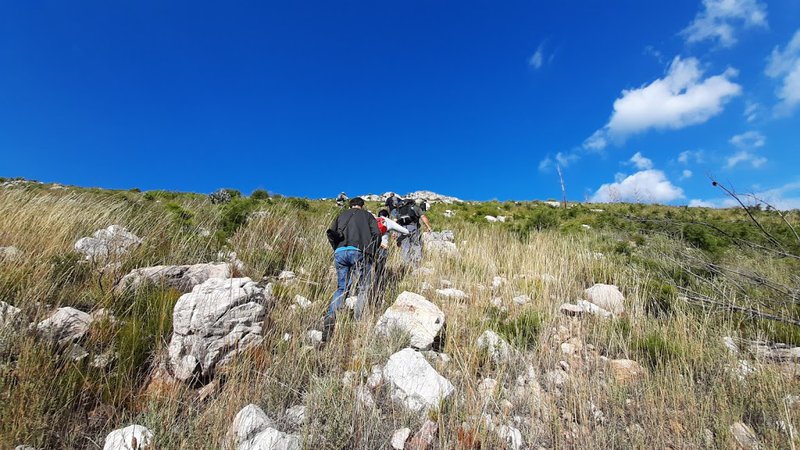 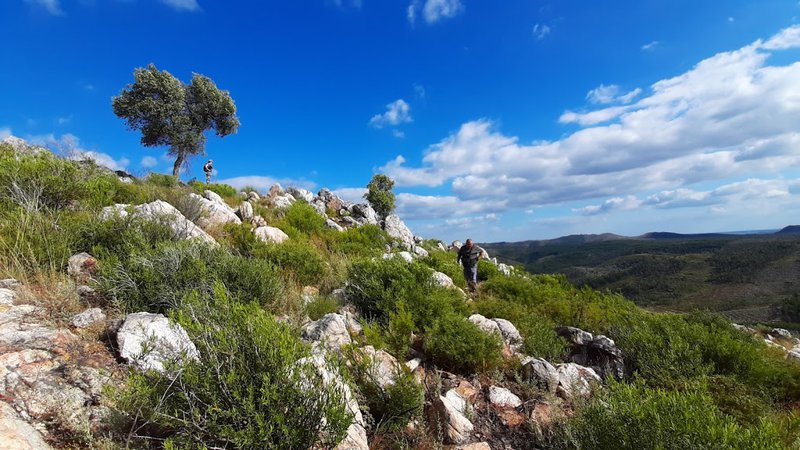 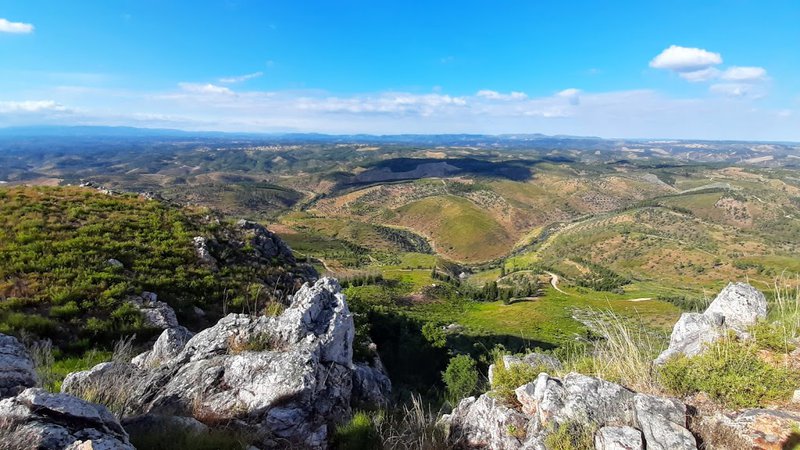 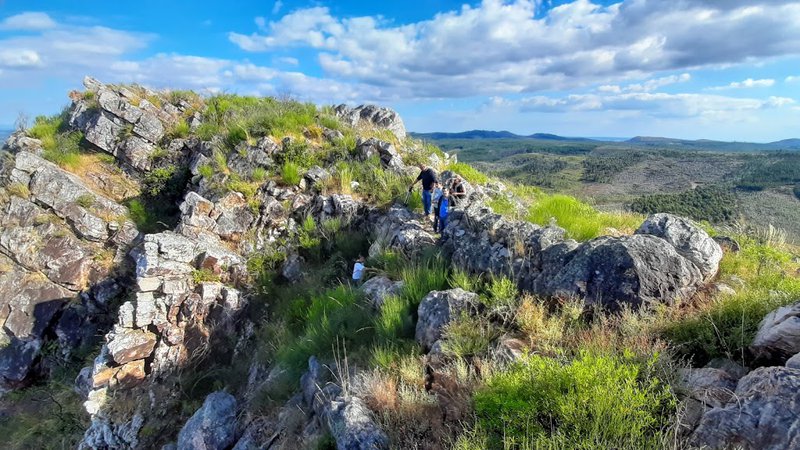 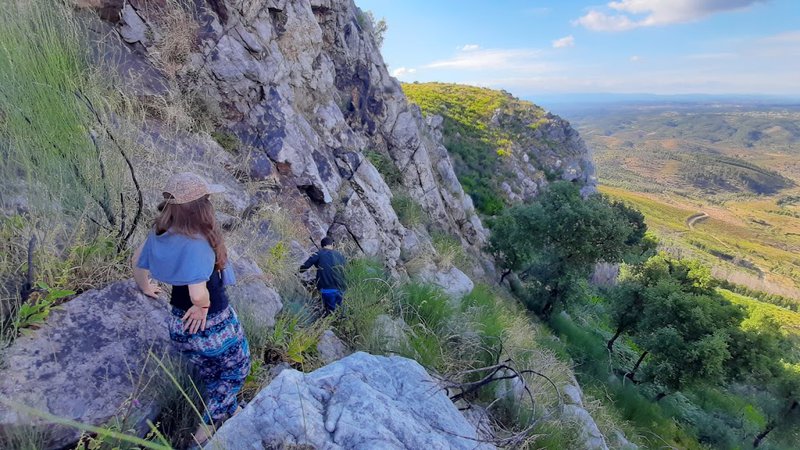 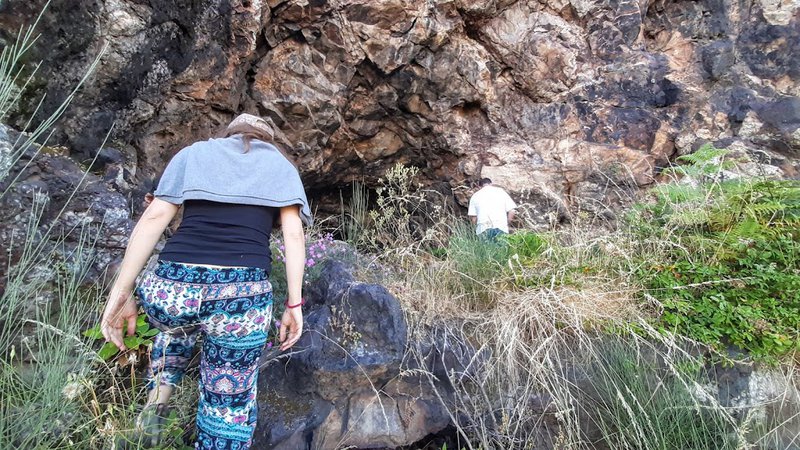 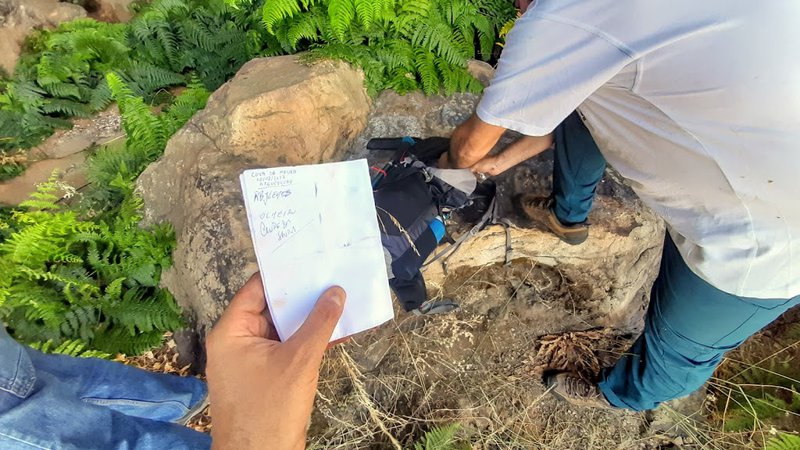 One morning I went to a place I didn't know about, which I had already been told about.

I went with a colleague and none of us knew exactly where it was, only that it was facing more or less east.

As in many other rocky areas of our municipality, here also these rocks are quartzite, a metamorphic rock, and are mainly composed of quartz among other compounds. At first sight it looks like a very ugly rock, but when broken we soon discover quartz crystals that despite being ordinary have their beauty.

After we arrived at that mountain, it was not so easy to find the exact spot so we each went to our own side until we found the so-called Moorish hole. I don't know how long it took us to find it, but I was already tired of going up and down "ravines".

It's funny that, when I got close to the place, I found some Griffon feathers, and it's no wonder they were right there.

That hole really is a bit strange, at least the fact that it appears that way in the middle of so much "boulder". There I noticed that someone was there "digging" because under some clay and some pallets is hidden a hole, now what came out of there I don't know?

There I found traces of a trail, this one marked by some "mariolas", in times were more used, today with the new technologies not so much. These small sets of stones superimposed on top of each other were used to mark the way in the middle of the field. Usually from a "mariola", we see the previous and the next one...