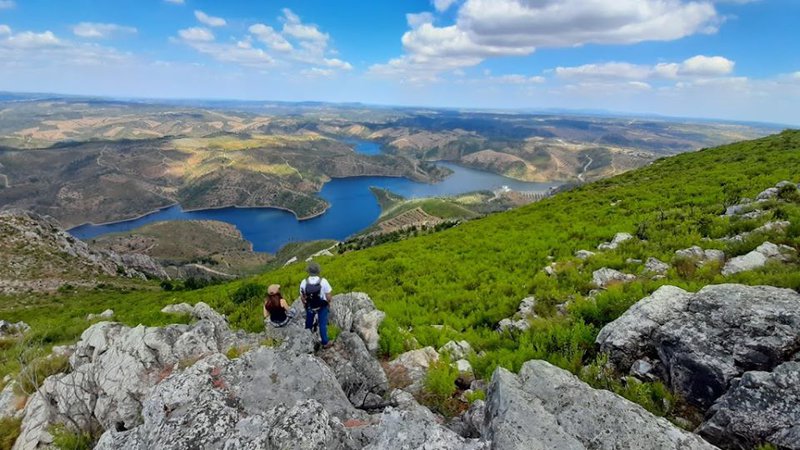 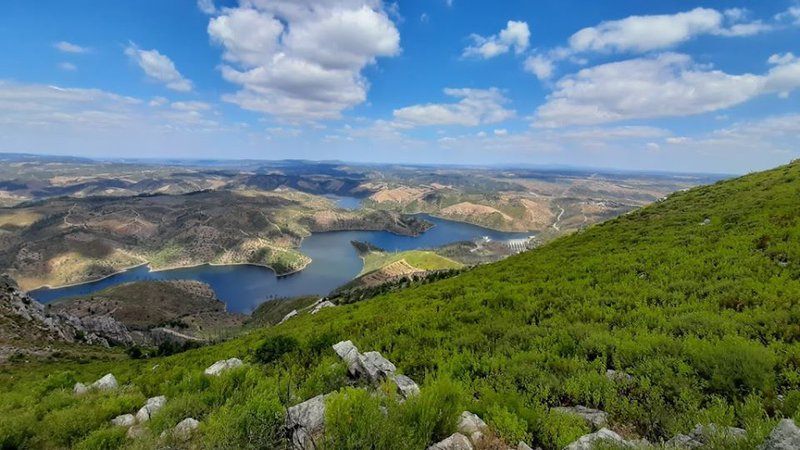 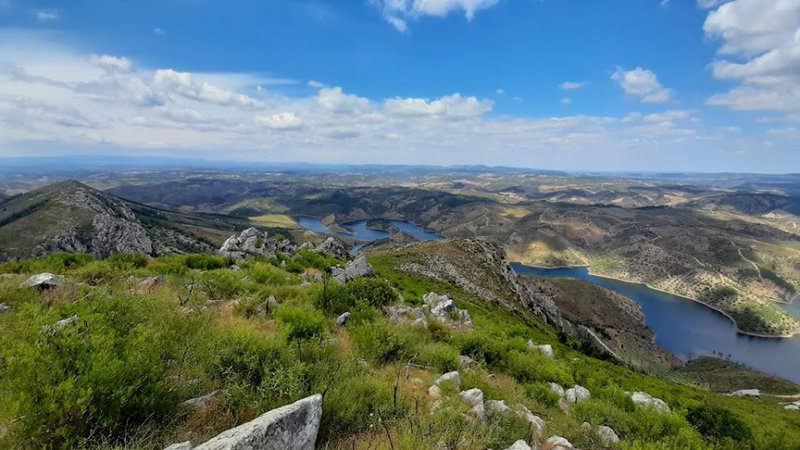 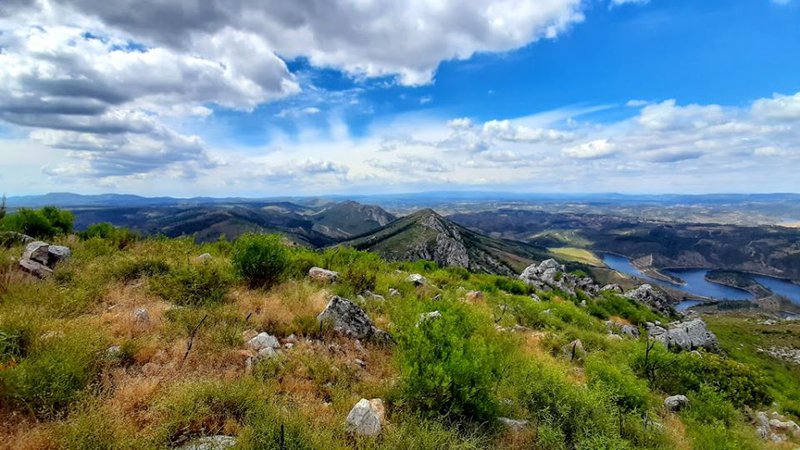 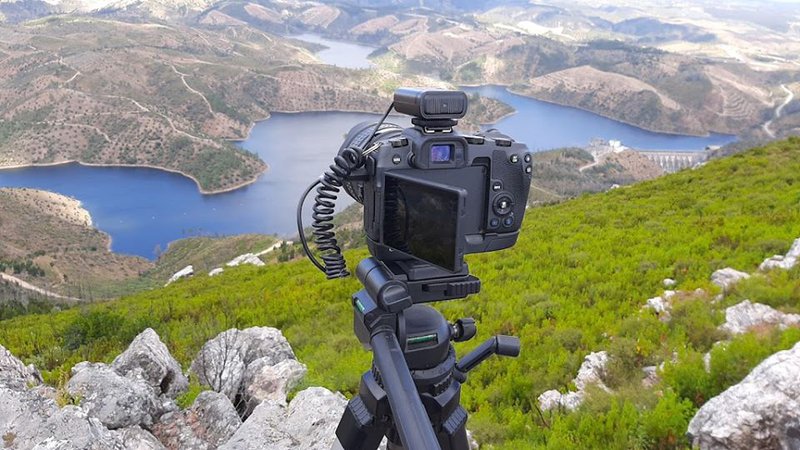 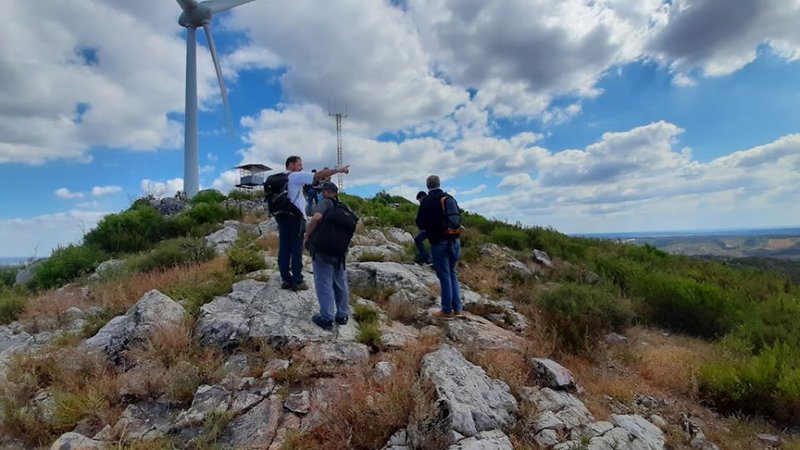 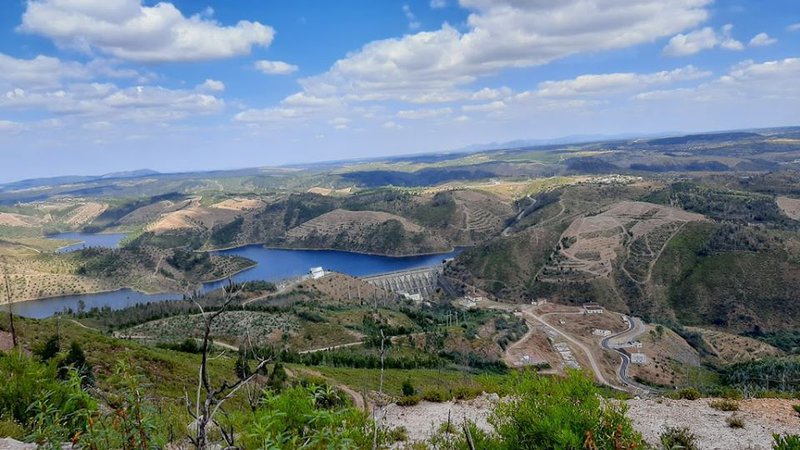 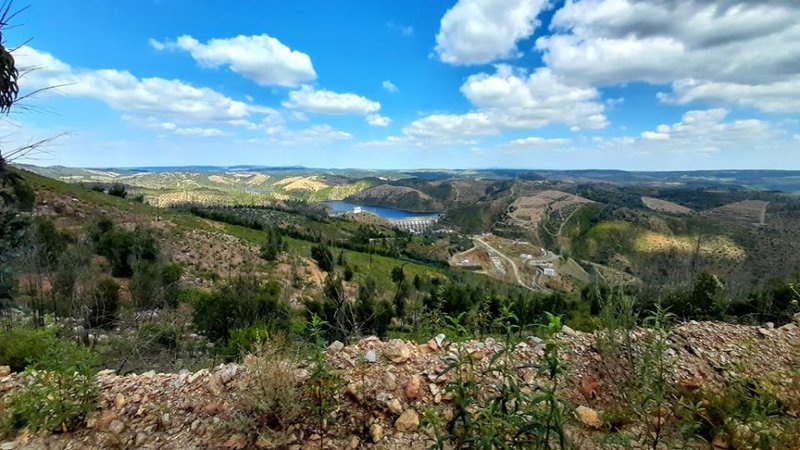 By the peaks of Mação.

This is a suggestive name to speak of a place that is almost in heaven!

Not quite so, but at the top of the Castelo Velho da Zimbreira (Envendos - Mação) is the feeling I get, either from what the view reaches or from the fact that the griffon vultures are flying at a lower level than I am.

From there little fauna can be seen, either by the cold of winter, or by the desolate state of the landscape. Alongside the griffon vultures I only find rock swallows, a species well adapted to our winters and to life between the cliffs. But with the return of spring, and the willingness of plants to live, I am sure that this landscape will be reborn in a few years.

There was once a "castle" in these parts, from the final bronze age (8th and 7th centuries BC), where there would be a very old settlement and a very rudimentary castle, which no longer exists today... or of which very little is known. It was a place of watch and shelter, we can well understand when we observe the whole surrounding area.

I note that excavations have been carried out there, and as far as I know this site has probably been destroyed due to the reforestation of the territory with pine trees, the construction of the wind power fan was the last axe in this historic landmark. There would have been two lines of wall, composed in a rudimentary way, without the help of any mortar to support them.

This area is quite rich in water, something vital for any population, in the surrounding area we find the Ribeira da Zimbreira, the Pracana and the Ocreza river.

From the archaeologist's portal I took this little discretion from the time it was found:

"It is a difficult access hill limited to the north by the Ribeira do Fundão, to the south by the Ocreza and to the east by the Ribeira de Pracana, where there is an oval wall, constituted by "...walls between 60 cm and 1 meter that surround the platform from above, made of dry stone, mostly collapsed. I kill at the height of a man prevents any detailed investigation, but in the small area we rubbed we were surprised to find traces of rectangular houses, on whose seats there is mortar". (Maria Amélia Horta Pereira, P. 101).

Recent prospecting work confirms the existence of the wall, cut by the access path, raising some doubts as to its chronology, since if the wall is close to that of Castelo Velho do Caratão, which is attributable to the Late Bronze Age and the Iron Age (1st half of the 1st millennium BC), the "rectangular houses", which could not be relocated, suggest a medieval or later chronology. “