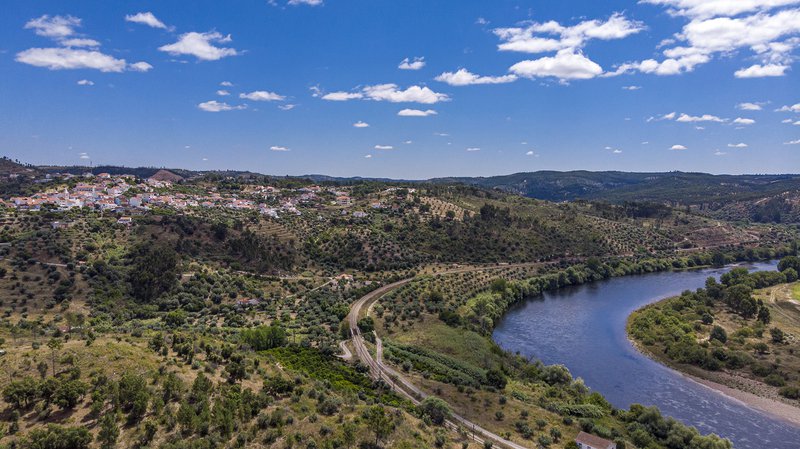 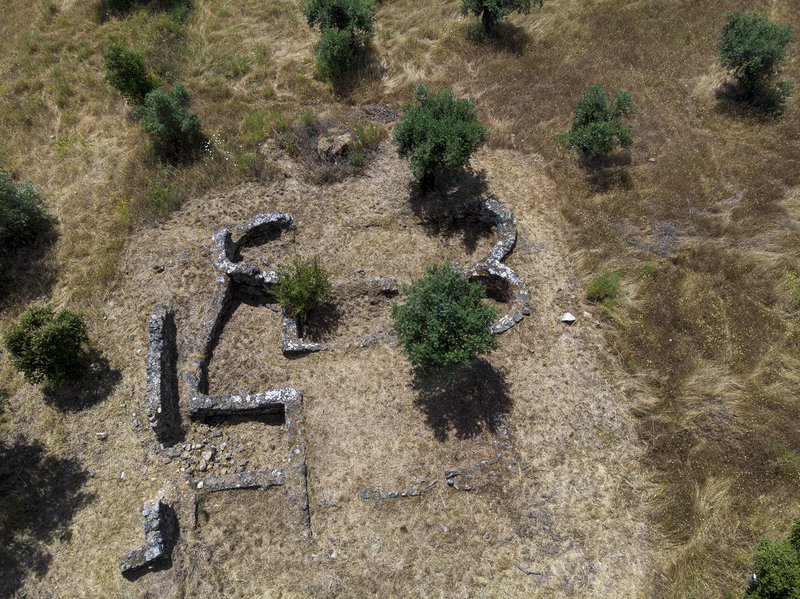 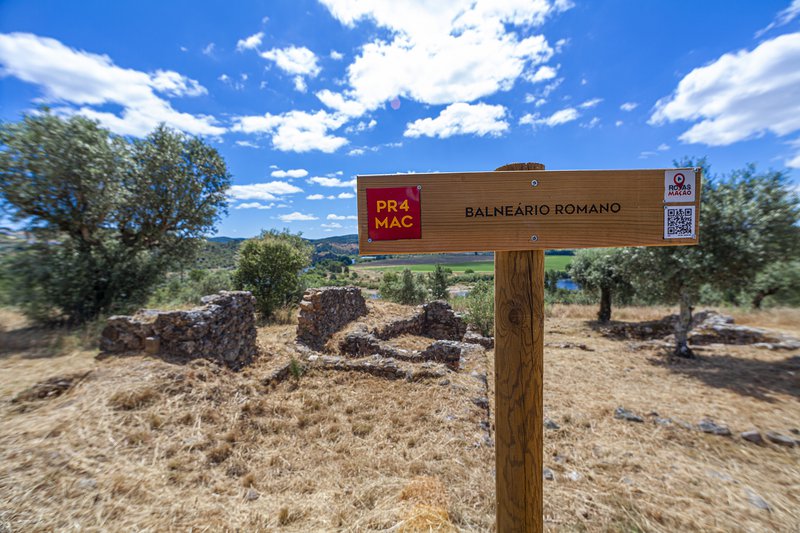 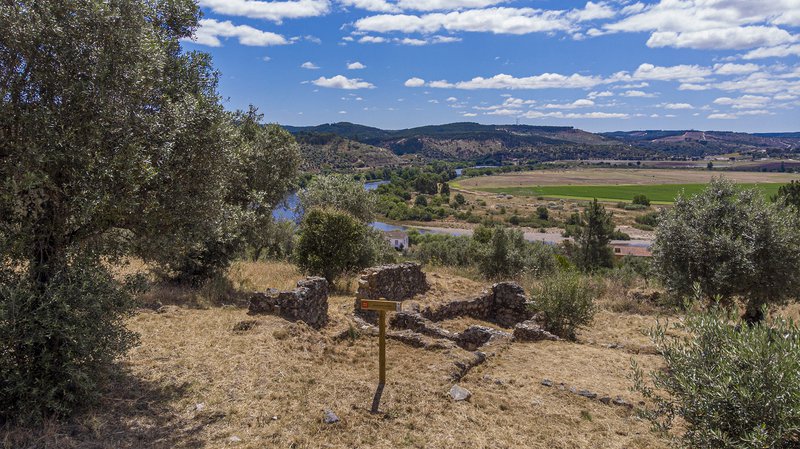 This classification refers to a village with evidence of Roman occupation that would extend over an area of roughly two hectares. Framed on a slope terrace and surrounded by olive groves, this villa is located near the Tagus river and the ancient Roman Aritium Vetus.

Eventually related to the auriferous exploration developed in the area, traces belonging to a thermal complex dating from the III-IV century AD were found in its perimeter, where it is still possible to observe the rectilinear walls that delimited the spa area. The bathhouse itself was distributed over two floors, where the various compartments can be distinguished: the atrium flanked by the apodytherium and the frigidarium; the tepidarium and the caldarium with evidence of the primitive existence of the hypocaustum. In addition to these elements, the opus signinum floors are also visible, whose material characteristics seem to point to their belonging to a private building characteristic of the Lower Empire.

In this archaeological site several fragments of common ceramics, Roman construction (such as imbrices and tegullae), glass and metal (fibula, hoe) were also detected, as well as some Roman coins from the Lower Empire.