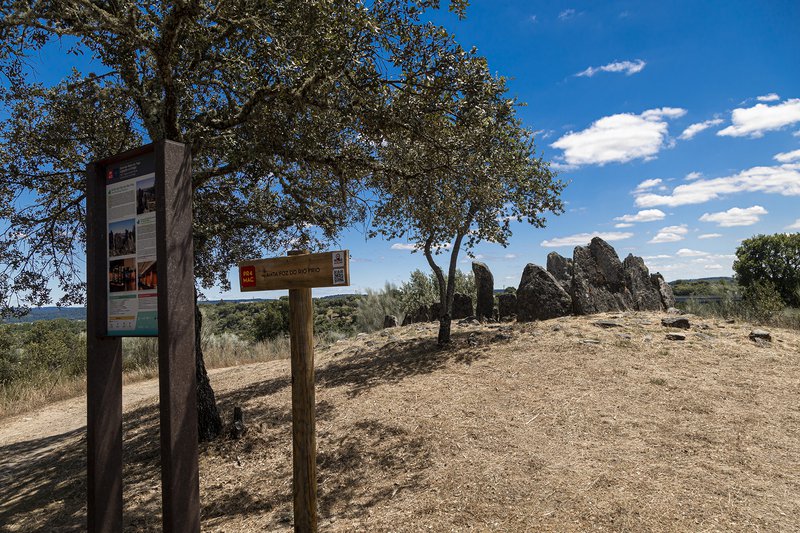 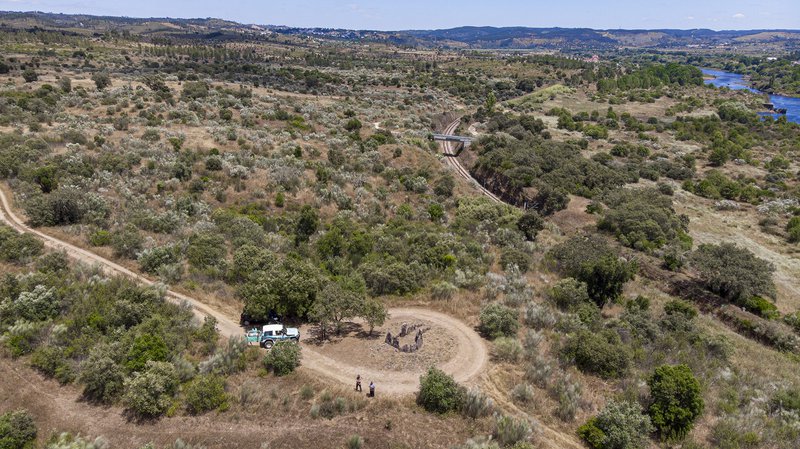 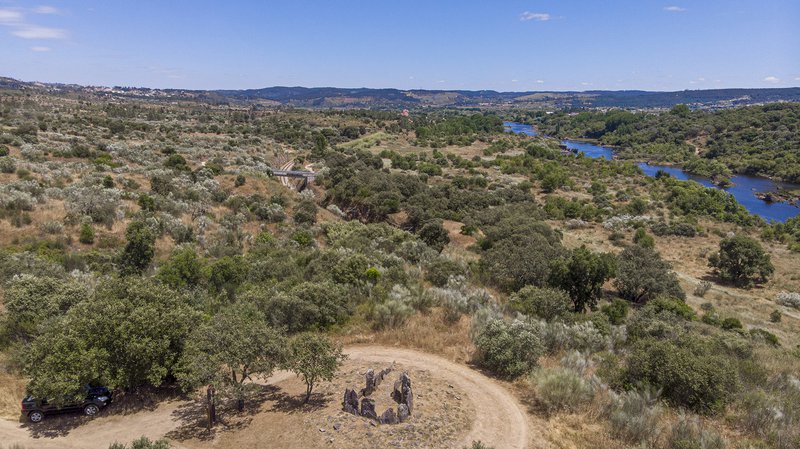 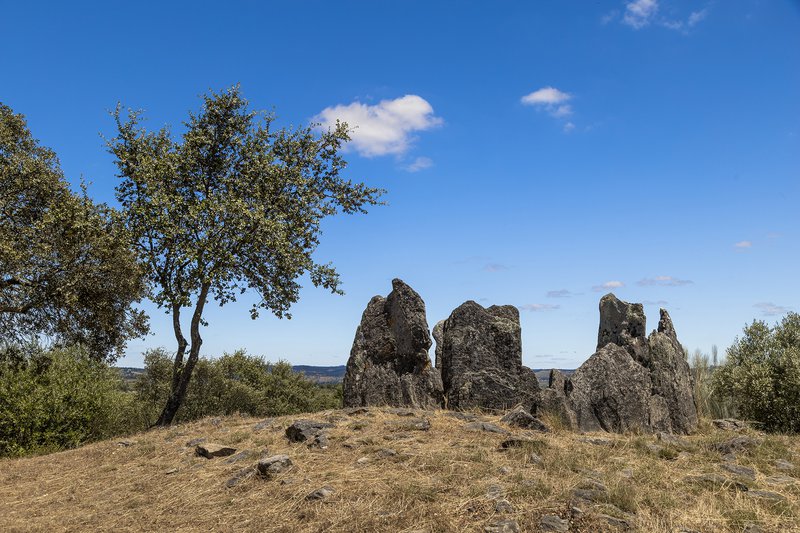 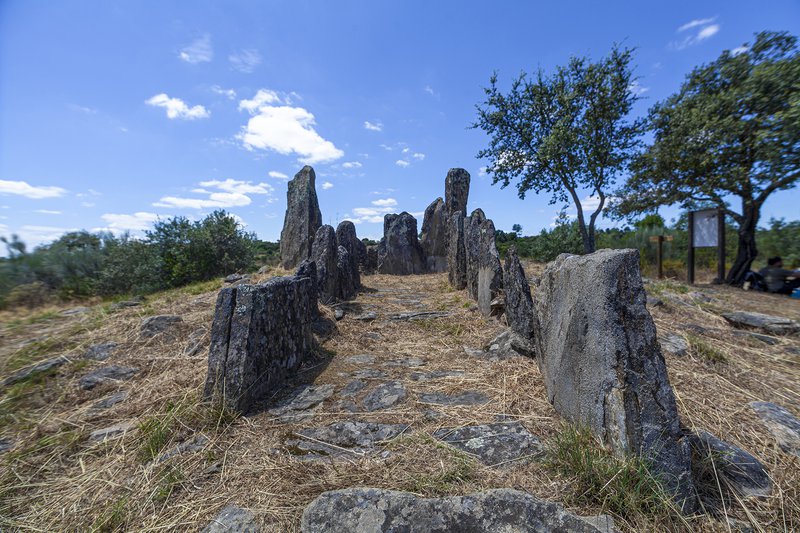 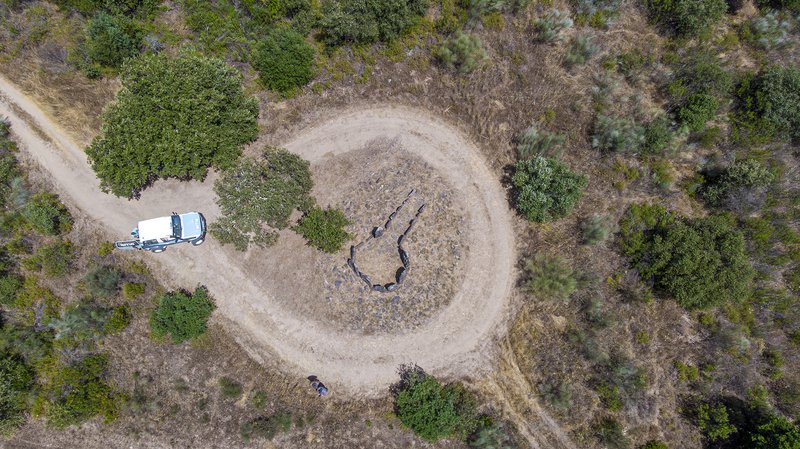 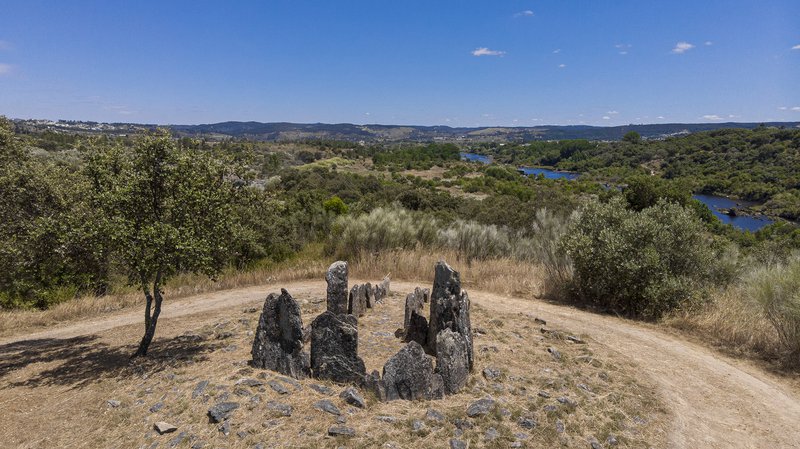 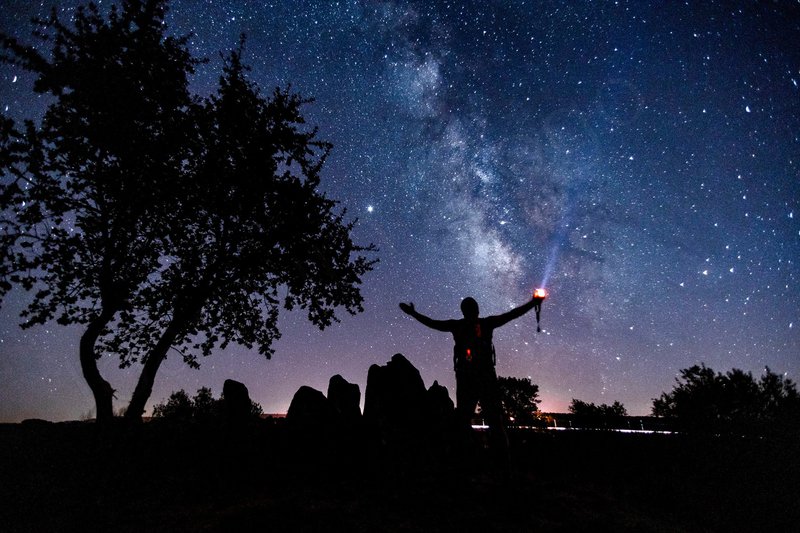 Situated on the top of a plateau overlooking the River Tagus and the last head of the left bank of the mouth of the River Frio, with a marked dominance over the surrounding landscape, the "Anta da Casa dos Mouros", or "Anta da Foz do Rio Frio", as it is similarly known in the region, was identified in the early 1970s and relocated in 1982 by Maria Amélia Horta Pereira and Thomas Bubner.

The first excavation campaign at the site was then carried out with the agreement of the "Provisional National Commission of Archaeology" of the Portuguese Institute of Cultural Heritage (IPPC) (BUBNER, Maria Amélia H. P., BUBNER, Thomas, 1982, p. 3), at the same time as the consolidation of the whole structure was set up, using raw materials from the region, such as earth and clay, alongside cement, restoring and restoring in a vertical position the struts that gave rise to this procedure.

With a polygonal plant with a diameter of almost three metres, the funerary chamber of this megalithic specimen of this area of the present Portuguese territory was formed by eleven stanchions attached to granite blocks (as is the case with those corresponding to the access corridor to its interior), the largest of which is approximately three metres high.

As for the corridor itself, it is oriented to the East, with a ca of three and a half meters in length, by one of width, being composed laterally of five stanchions finched vertically.

The whole structure was originally covered by a papaya - or tumulus - which, in this specific case, was entirely built by a containment ring made of stone material protected with grease, relatively abundant in the vicinity.

Unlike the megalithic monuments in the Zêzere valley, which are grouped in necropolises of three, four or more dolmens that dominate "gathered" floors in the landscape, in the Tagus valley we register isolated dolmens that dominate visually wide territories, such as the Rio Frio dolmen, which is made up of orthognaisses, of intermediate composition, strongly deformed.

The gneisses are ocellated and relatively homogenous, but with a porphyroid appearance. With a large chamber and a paved corridor with slabs, this monument was built, also, about 6,000 years ago, having been reused, at least, until about 4,000 years ago.

The lithic objects found are in quartzite, flint, quartz and schist, and can be seen in the permanent exhibition of the Museum of Prehistoric Art in Mação.