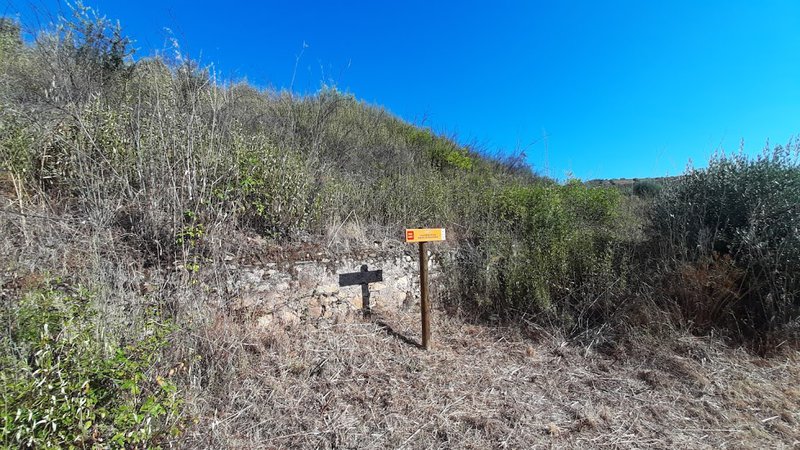 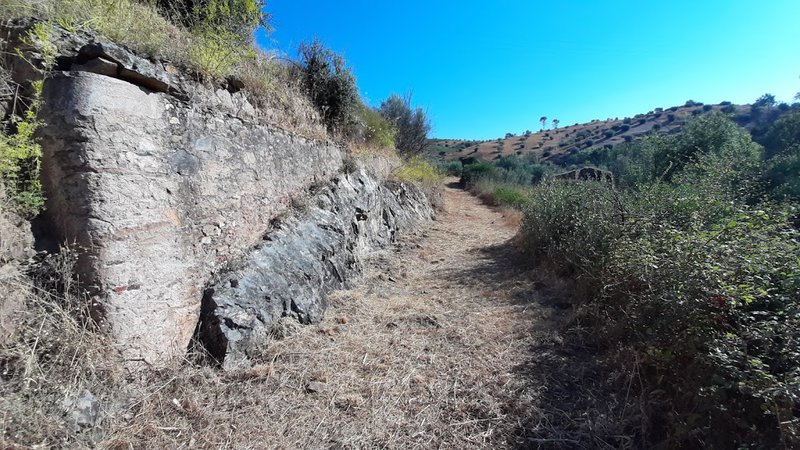 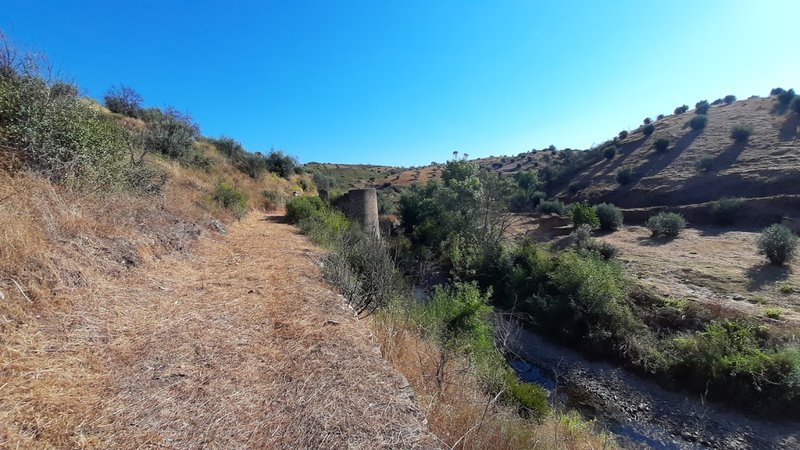 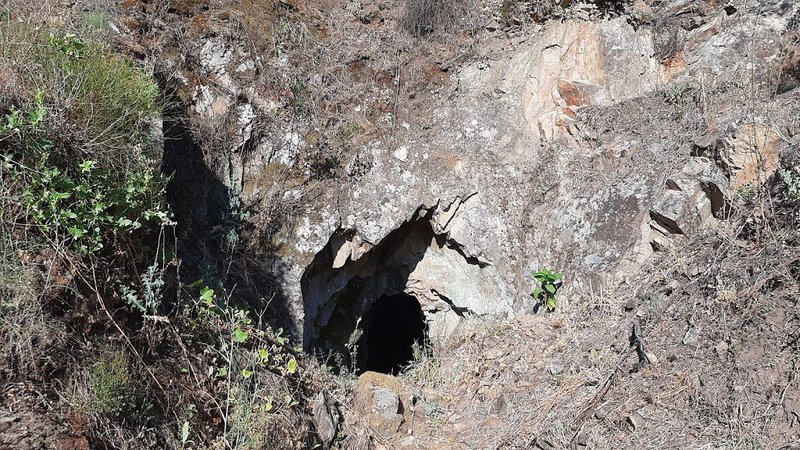 In this place you can see a meander that is currently developing, near the Lercas Mill.

The water in the stream flows, in general, from north to south, when it is forced to change direction, to NE-SW, given the hardness of the succession of metagrave benches, consequence of its silicier composition and its greater thickness.

This change in the direction of flow of the water stream has as a consequence the reduction of its speed, which forces the accumulation of the coarsest sandy sediments that were being transported on the opposite side of the barrier. This situation generates a current terrace with lenticular geometry, which continues to grow over time.

On the slope of the rock barrier there is evidence of intense erosion by the action of water, which is manifested by its curvilinear shape and by the smooth that can be seen on the walls of the rocky slope.