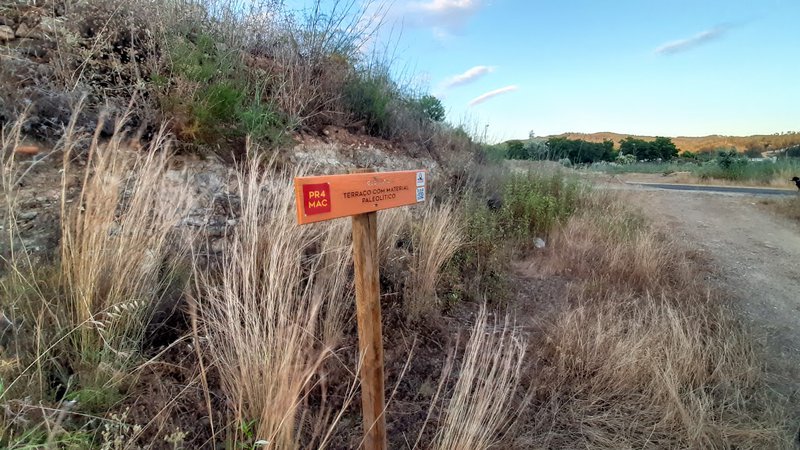 This terrace rises on the slope on the right side of the road from the Belver dam to Ortiga.

It corresponds to a gravel pit with lenticular geometry composed of a large number of rock fragments in the midst of a small amount of matrix, of a silt clay nature.

This terrace can be interpreted as originating from chains with high transport capacity which, by losing speed, end up allowing the deposition of the heaviest rocky materials they transported.

A lithic instrument (axe) was found, considered from the Acheulense (Lower Paleolithic) by Dr. Sara Cura (Mação Museum), indicating that the deposition environment took place during the Holocene.