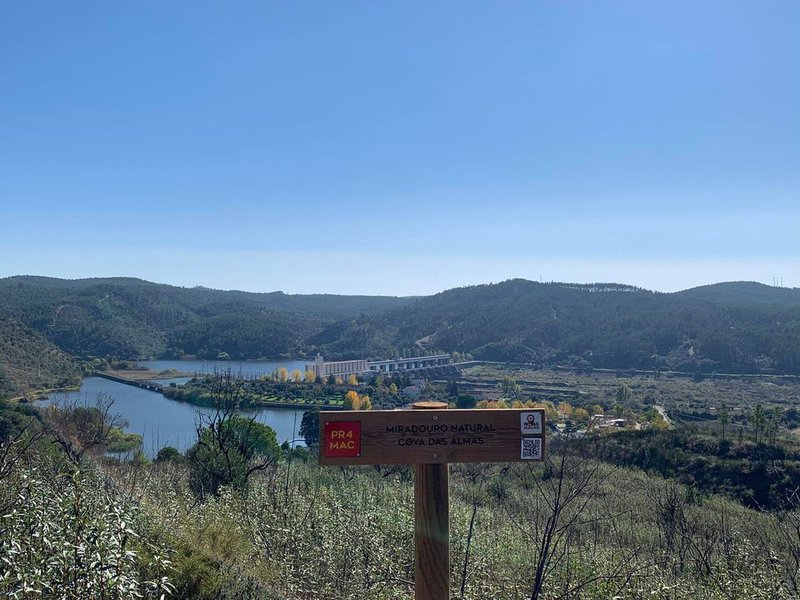 Point of view over the Tagus valley.

MOORISH HOLE OF THE GRAVE OF SOULS

Overlooking the narrow and serpentine Ribeiro dos Lavadouros, on the slope of the steep so-called COVA DAS ALMAS, there was, the legend said, a cave under an enormous stone, which showed the way to the interior of the hill, where once lived an Enchanted Moorish, a descendant of the Moorish peoples who lived here.

Fleeing from the attacks of the Christian Forces in its passage to the south, the so-called Moorish here found a place to live.

Legend has it that one day, while grazing her cattle by the stream, a small shepherd girl saw the beautiful Moorish woman, next to a large clothesline, combing her shiny holly-coloured hair, with a comb that sparkled in the sun.

It was golden - thought the little shepherdess.

When Moura saw the little shepherdess, she called her.

- What do you like best? My golden comb, my clothesline or my hair?

Surprised by such an intriguing question, the little shepherdess said it was the Golden Comb.

- You were unhappy in what you said. You molested me with your truth. If you had said it was my hair, I would have given you my comb and you and your family would have come out of the poverty in which they live. Thus, your souls will walk forever in these graves among mountains.

Having said that, it has disappeared forever and souls have traveled those mountains forever, in search of Moura, hence the name COVA DAS ALMAS.