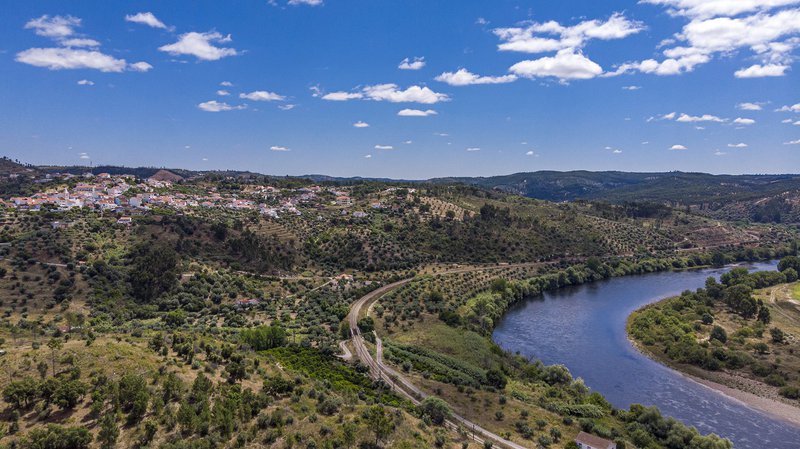 Ortiga is a Portuguese parish in the municipality of Mação, in the province of Beira Baixa, central region (Região das Beiras) and sub-region of Médio Tejo, with 15.95 km² of area and 590 inhabitants (2011). Its population density is 37 inhabitants/km².

It was inhabited by a Jewish community.

The town, next to the river Tagus, has a landscape that stretches far out over the fields neighbouring the river.

The historical ancestors of Ortiga are in everything similar to the rest of the Mação municipality.

A parish since 21 March 1928, it is an area rich in historical periods such as the Roman one, where the archaeological station of the Junco Valley stands out, thought to be a Roman bathhouse. Even before this construction we can find a tapir in excellent state of conservation which is located at the mouth of the Rio Frio.

However, not only of historical and artistic heritage lives Ortiga, where we can enjoy all the natural beauty of the vast pine forests and the reservoir of the Belver Dam (River Tagus), where throughout the year are practiced several water sports and enjoy the superb landscape offered.

The existence of the Ortiga Museum should be noted.

Historically the name Ortiga may start with the passage in this region of the Saracens that settled here and applied a toponym derived from the Greek (Ortygus). Ortigo in our language is a word of Greek origin used to translate the idea of quail (ortigopia, a game practiced in ancient Athens, consisted of slaughtering quail by hand). This is how the name Ortiga was born due to the abundance of quail in these fields. From the Greek Ortygus by Arabic route comes Ortigana "land of quail" which in turn, with the first Christian settlers, loses the final syllable.

Where to eat: Restaurante O BIGODES

Where to stay: CASA DA GALINHOLA