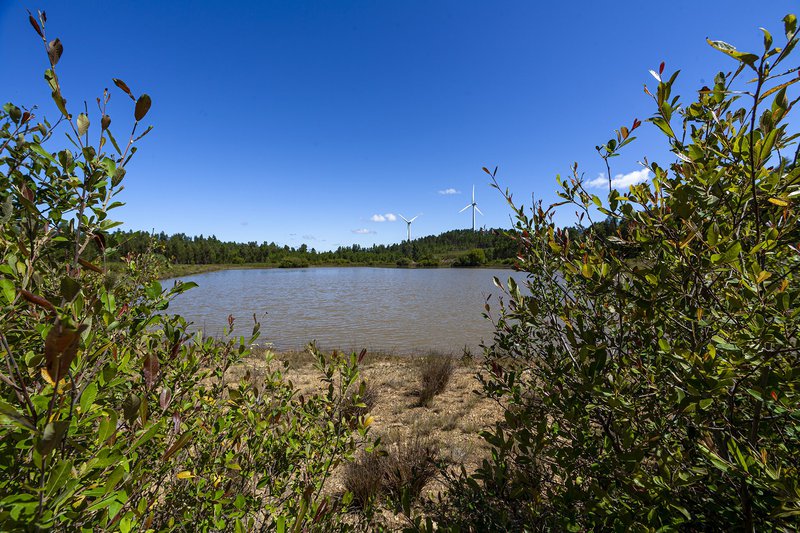 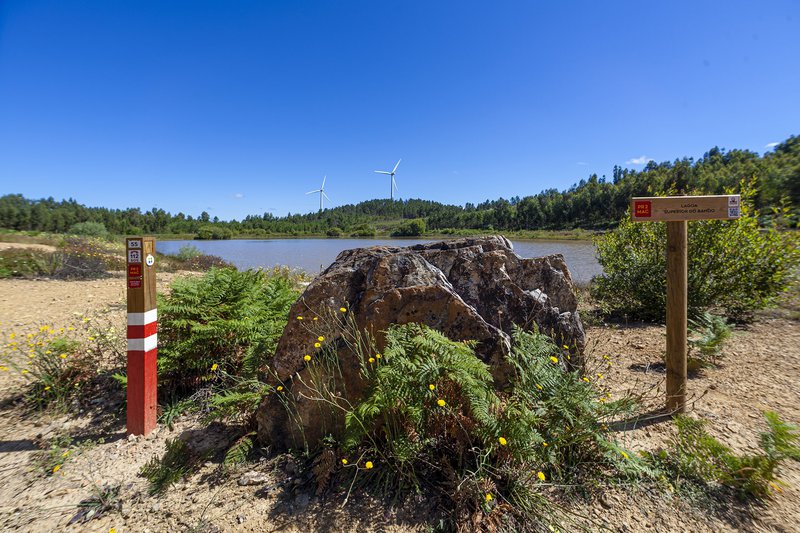 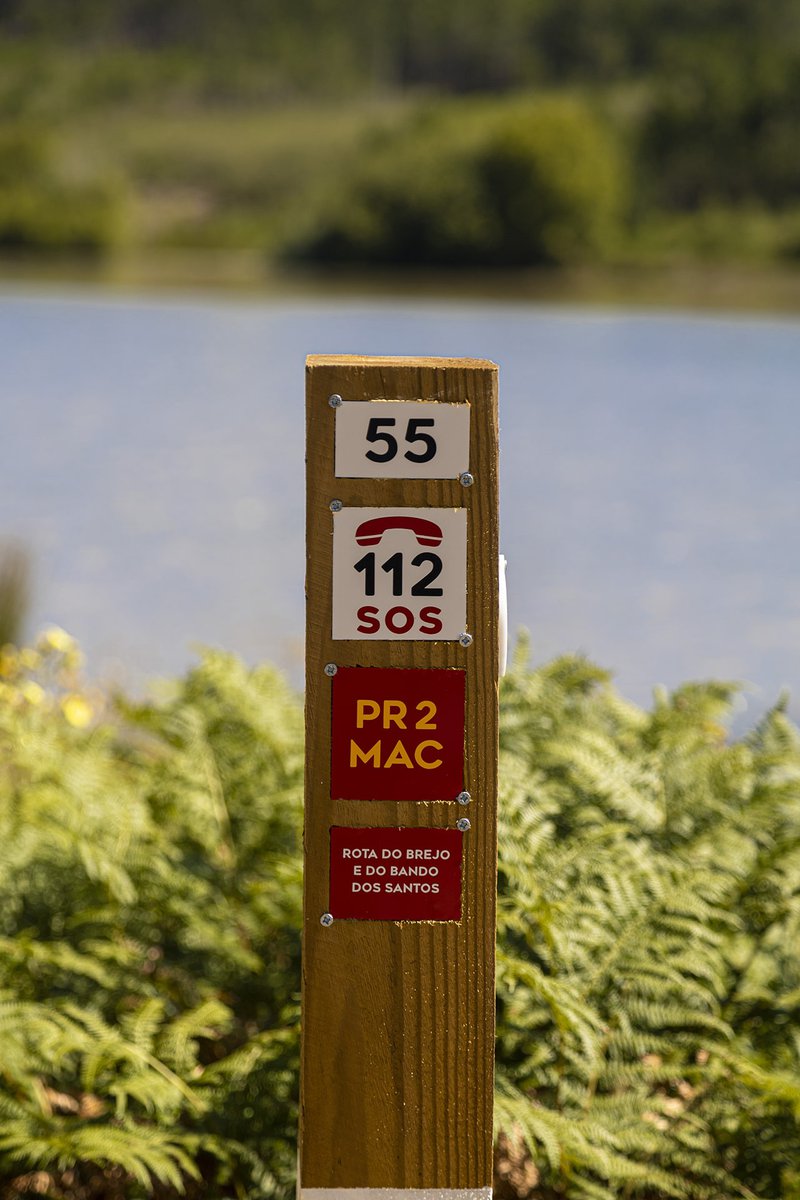 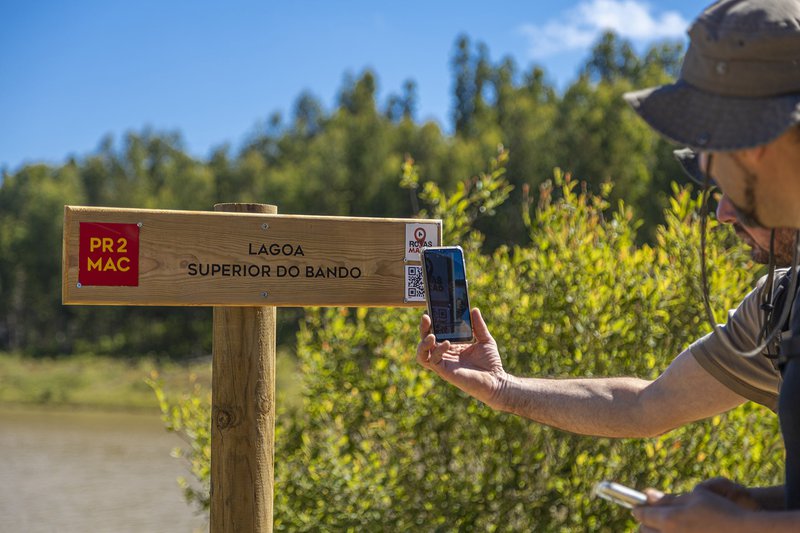 At this point a relevant archaeological station was discovered by the team of Dr. Sara Cura (Mação Museum), which can help to understand the existence of a lagoon with a considerable size at about 500m of altitude.

Taking into account that lagoons are normally generated in depressed areas of low altitude, the existence of this lagoon is related to the geometric configuration of the rock structure and to the model of water circulation inside the rocky massif, which is a consequence of both groundwater runoff and the accumulation of surface water.

The presence of abundant water brought, as a consequence, the occupation of the area by prehistoric people given the good living conditions of the area, as confirmed by the data collected at the archaeological station of Bando and Buraca de Serpe.

In this case, we are talking about a rainwater retention basin, flooded most of the year, forming a lagoon. The limits of this basin were generically defined through the identification on its margins of the quartzite rock outcrop, in contrast with the sequence of silt clay sediments that compose the interior of the lagoon and all the stratigraphic sequences identified. Following the excavation of a waterhole to retain rainwater, an emergency impact minimization intervention was carried out.

In this intervention, 6 mechanical surveys were carried out, an excavation in an area of 20m² and collections of materials with controlled stratigraphic provenance.

Due to its lake environment and altitude, this is a unique site throughout the Tagus Valley. In total, 371 artefacts were collected, the techno-typology of which refers to the Middle Palaeolithic (Musteriense) among splinters, retouched splinters, nuclei and carving remains.

In 2011, the goal was to recover as much data about the site and material in the areas that would be affected by the excavation of the water retention pond. Six mechanical surveys were carried out for the stratigraphic control and identification of archaeological horizons. When identifying the archaeological horizon P (Lithological Unit in the stratigraphic description), a mechanical pickling was carried out to reach the top of this layer. Once the horizon was exposed, a collection of material was made throughout the area of the waterhole, called Zone 1. In total, 8 m² were excavated.

With this campaign, the site Lagoa do Bando revealed to be of great importance in relation to the Musterian occupations of the Middle Tagus, due to its implantation as an open air occupation in altitude, as well as to its stratigraphic context. The archaeological remains are preserved in very fine sedimentary units of lacustrine deposit, so they are not very affected post-deposit, and the pieces have very fresh margins and ribs.

On the other hand, this site has a singular relevance for paleo-ecological studies given the preservation of organic plant remains in the different lithological units. As far as the lithic ensemble is concerned, it is characterised by the presence of the Discoid and Levallois carving methods, the use of various non-local raw materials, the low presence of retouched supports and the absence of elements from the early stages of the operative chains (nuclei are already introduced in the middle of the exploration phase).

Although the sample is small, there are many techno-typological similarities with the sites of Vilas Ruivas and Foz do Enxarrique (municipality of Vila Velha de Ródão), suggesting a complementarity with these sites in the hunting and recollection strategies in this region.

Finally, we mention that this is a lagoon used by Civil Protection as a place to supply aerial means to fight forest fires.