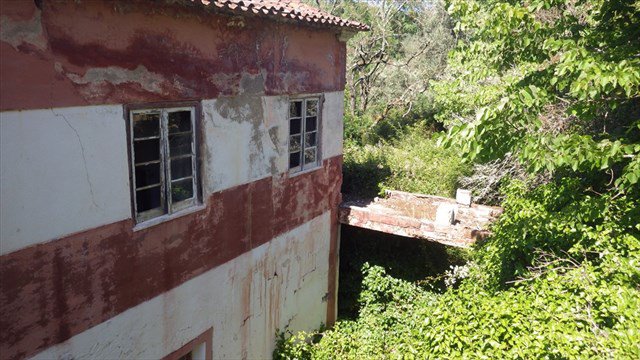 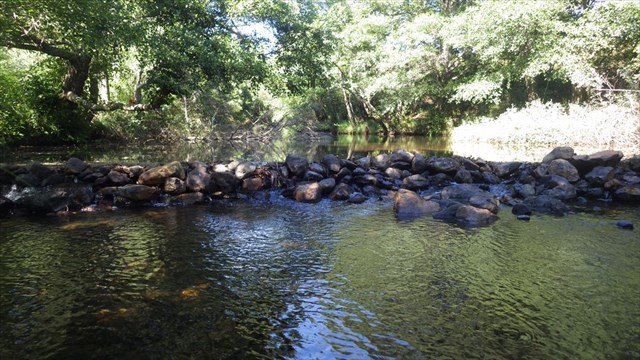 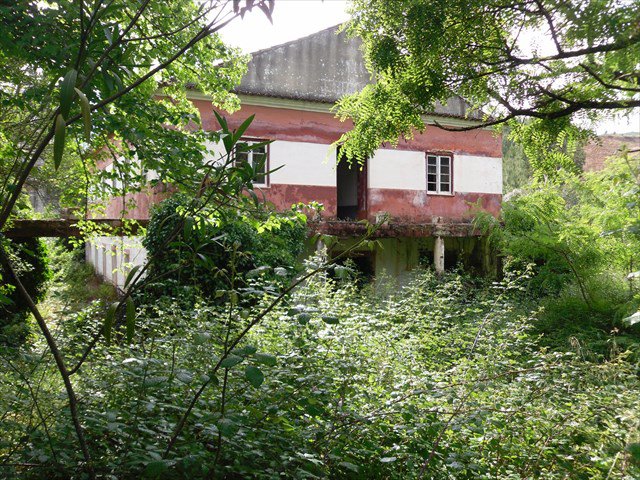 It was mainly frequented by residents of the region, of rural origin or the small village of Mação.

Teresa Perdigão (Public 29/9/96). "These are already regular clients who have been travelling here for years. These patients also take their baths in odd number per day and do the "sweat" after the immersion. They wrap themselves in wool and blankets, lie down for a good couple of hours, do not catch cold or draughts and after two weeks "go away like new". It's the "refill" of the bath.

They leave bad feelings and complaints, they take comfort, a lot of tranquillity and strength to start over with the farm. But there are some who, after this treatment, do not show any improvement. On the contrary, "That's where the evil lies! People are going to get those powders from the corn and hay and then they get worse", explains the mother-in-law of Maria Benvinda, who knows these secrets and has been learning and selling them.

The water emergency is located behind the building that used to serve as a Spa and Guest House, in the old vegetable gardens, in a covered well on which the pump house was built, with a petrol engine.

The building has a rectangular plan (7 x25 m), with two floors, on the façade, but with basements on the side facing the vegetable garden (the larger side), at the top of this construction this attached another one floor, with 6 doors, currently full of junk, were possibly the primitive bathhouse, late nineteenth century or early twentieth.

The current building has two periods of construction, the lower floor, should be from the 1920s, the upper floor from the 1950s. It was impossible to see its interior, but it seemed to me all dedicated to hostel, having 6 windows on the larger sides, which should correspond to 24 internal rooms. The baths should be located in the basement facing the garden, and there will be six according to the number of gaps.

Still part of the thermal heritage built, we have a small chapel, anticipated by a short staircase, it is a construction without any external characteristics.

But all this takes place in the middle of a scrap yard, with sheds of zinc sheets beating in the wind, cars gutted and stacked, in a corner of a valley of bucolic environment.

Lopes (1892), calls them Casas da Ribeira or Caratão "near the Ribeira de Eiras, a sulfur water sprouts, not yet studied..."

Orey (1897) in his report of recognition called them Fadagosa and Mação, and says that the building of the baths has existed for a long time, were extended by the then owner, informs that the two springs sprout inside the building and feed "ten baths ... made of masonry and lined with tiles, are all equipped with hot and cold water taps and [...] the owner has also been careful to reserve one of the baths for the exclusive use of individuals attacked by contagious diseases" (cit. Acciaiuoli, 1944, IV, 136-39).

In 1932, in a report of the Water Inspectorate, cited by Acciaiuoli (1944, IV, 138), the former owner had sold both the bathhouse and the land around Artur Marçal de Abrantes around 1918, which in turn, after a few years, sold to Henrique Rodrigues Paisana do Caratão, who exploited the agricultural part of the property, resided in the former bathhouse, which had already been victimized by two fires: "...having some room for the rare bather who appears and having in the other a painted zinc bathtub, where he has been giving baths". He then described the capture of the two springs, that of the baths captured in an uncovered well from where the water "is extracted in buckets of galvanised iron by means of a picota, about 20 metres away there is another well of mineral water, separated from the first by a field of corn, surely mangrove and therefore the waters are in a condition to be easily inquired [...] It can therefore be said with certainty that the Fadagosa de Mação bathhouse no longer exists

In the Pública magazine, Teresa Perdigão published an article entitled "Portugueses go to the spa" on 29 September 1996. The author gives a description of several thermal baths of popular use among them A Fadagosa de Mação, where one can read. "It was in 1921 that Mr. Mário de Benvinda's grandfather bought the baths and some land around them at a public auction. Even today the land belongs to the same family, who every year, during the spa season, settle in Fadagosa with their weapons and luggage. The business is simple, rooms to rent, baths and meals to serve".

Therefore the only historical conclusions are deduced from the built heritage.

A first bathhouse, perhaps still at the end of the 19th century. The construction of a second bathhouse and hostel in the 1920s and 1930s, expanded in the 1950s.