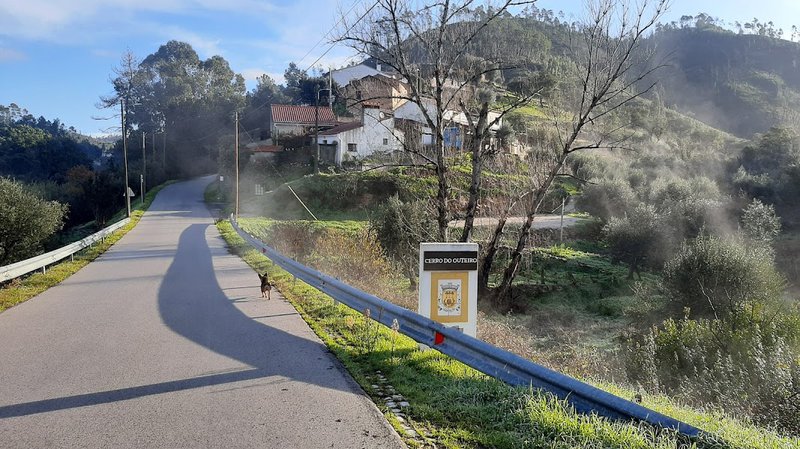 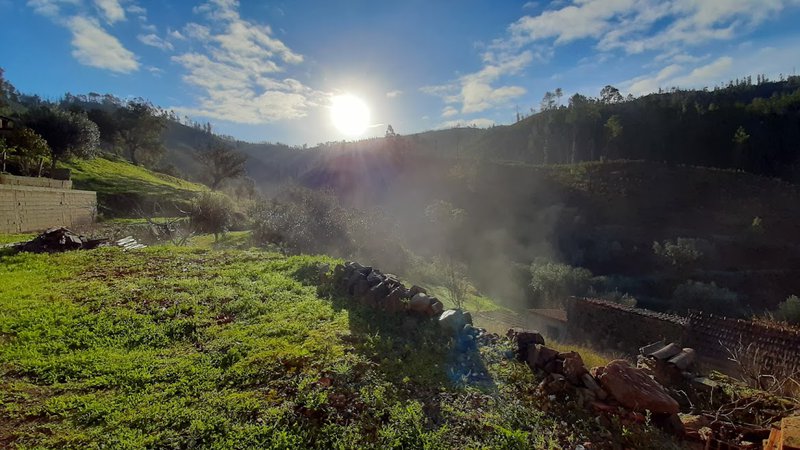 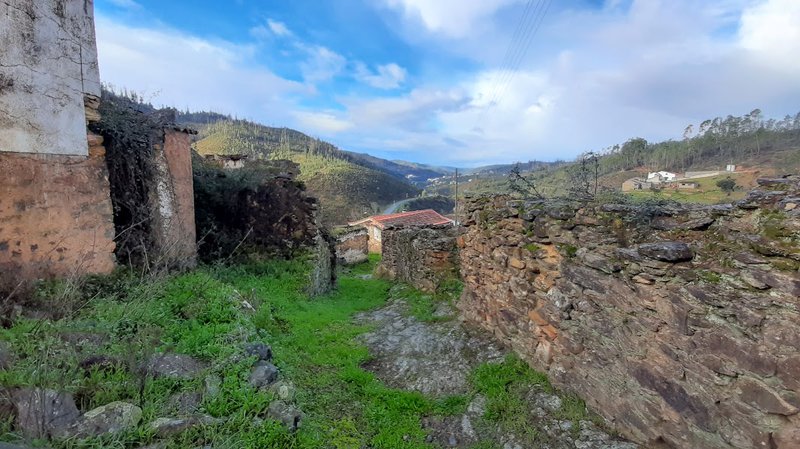 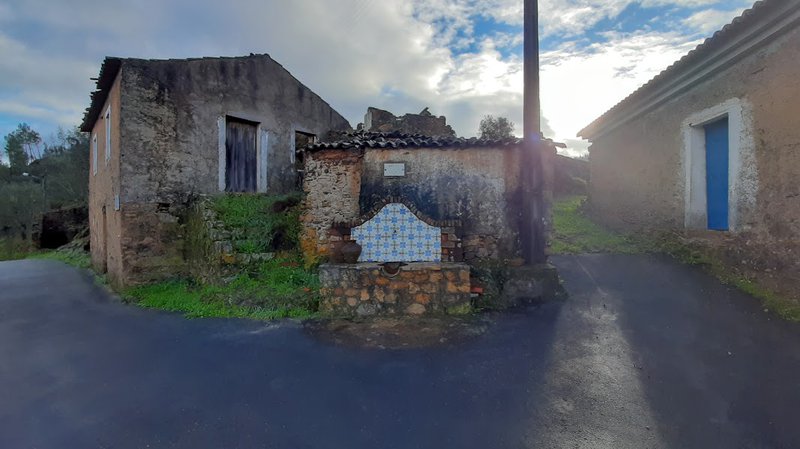 "I went back to Cerro. And I met José Gonçalves Marques, 81 years old, and his wife, Ilda Jesus Marques Carpinteiro, 68 years old, at the balcony of his house. Three years ago, when I passed by, I had photographed him at the entrance of the village, back from the cattle.

José and Ilda are two of the nine inhabitants of Cerro do Outeiro, a village in the parish of Aboboreira, in the municipality of Mação. They have four children and it is rare the weekend that they don't have at least one of them and their family at home.

I went up the deserted streets. Here and there, the remains of the walls of the houses that remained of several lives that in the past were obstinate in breaking the silences.

I went in search of Augusto, 45 years old. I found him there in 2012, he was contemplating the landscape and killing longings, right up there. He was born there but life had sent him out. I now heard that he had returned to Cerro. He recovered a house and lives there. I didn't find him because he was working outside.

I went walking and found one of the sisters who lives there together. First there was Hermínia Jesus António, 70, who was returning from the country. She does everything: sowing, planting, watering, digging, harvesting. Finally, she calls the work in the field "you".

It wasn't long before she found her sister, Carmina Antonio, 68. She was taking care of the food for her two goats, which had only eaten in the morning and were hungry. The meat is for sale, she does not eat fresh meat. The country gives her everything she needs to live.

About the other inhabitants of Cerro, I only came across José Rosa, 63, and Fernanda Rosa, 59. They were there on holiday. They recovered a house in the village where they were born.

The other inhabitant is "the President", as everyone treats the president of the Junta de Freguesia de Aboboreira, who also lives there.

The village, that one, is still in a slow march. Now, in the resumption of life, in the abandonment of the people, as if it were in an impasse. As is the rest of the country.