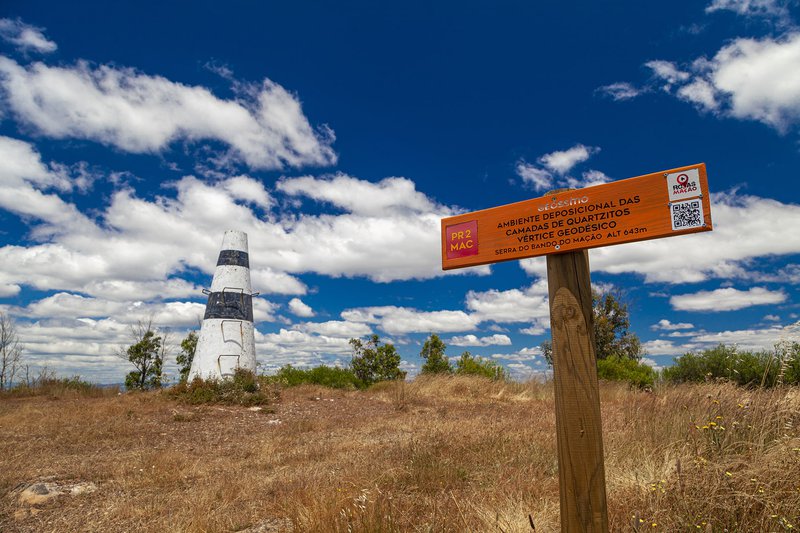 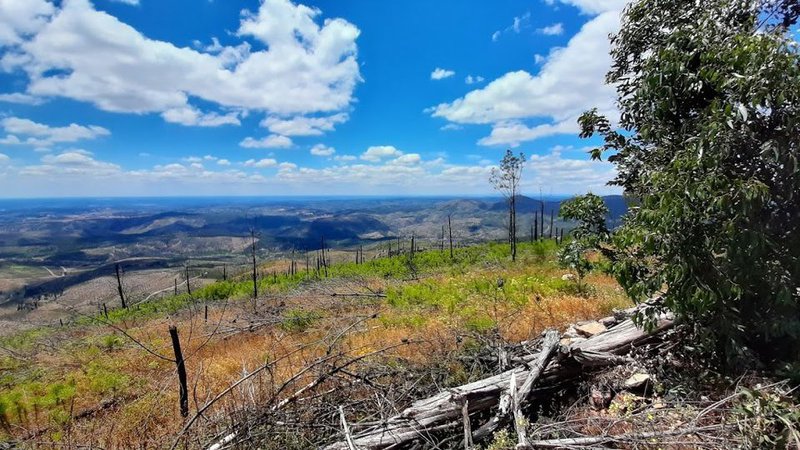 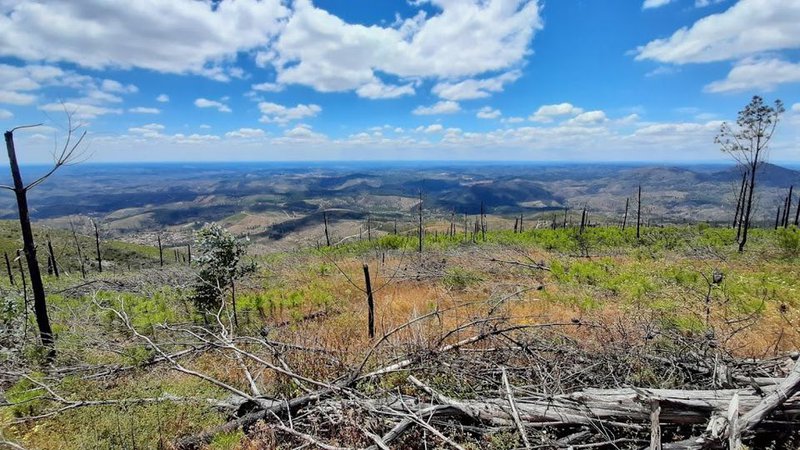 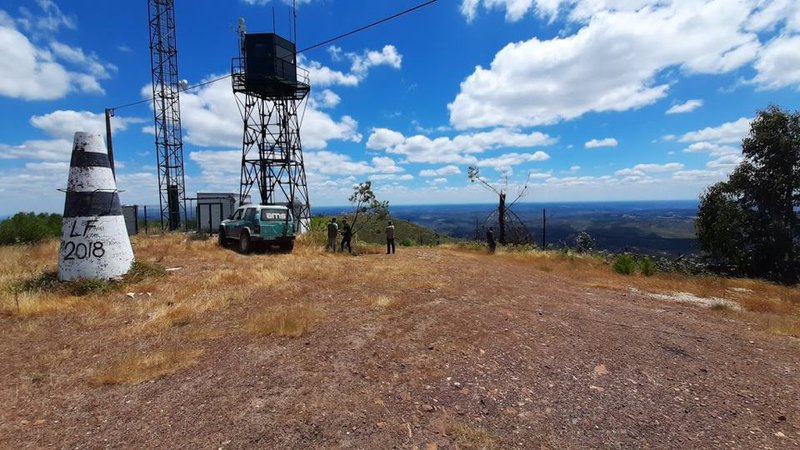 From the Geodesic Vertex of Serra do Bando dos Santos, being the 2nd highest point in the district of Santarém (643m), only surpassed by Serra de Aire (678m), the view is spectacular.

To the southeast you can see the Serra de S. Mamede (Castelo de Vide), the quartzite ridge of Ródão (Portas do Ródão) and to the northeast the Serra da Gardunha and, more in the background, on high visibility days, the Serra da Estrela.

As in other places, the quartzite unit is organised in sequences with thinner layers at the base and thicker at the top, besides containing numerous fossil tracks and sedimentary figures.

This quartzite unit can be interpreted as channeled deposits associated with high-energy coastal dynamic environments that have developed close to the shoreline. On the other hand, the occasional presence of millimetric horizons composed of red pellets between the sandy strata suggests that they may reflect a drop in sea level and eventually deposition in an oxidizing environment.

It should also be mentioned, as a curiosity, that the 3rd highest point of the district of Santarém is also located in the municipality of Mação (in this case in the Serra do Bando do Codes, which is 624m high).