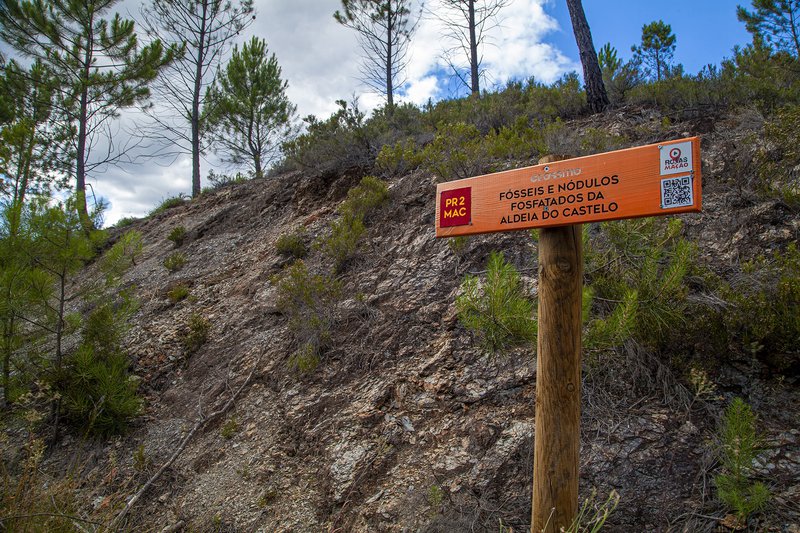 On the access road to the village of Castelo (towards São Gens-Castelo), on its eastern side, grey to black laminated shales, sometimes carbonaceous, with a thickness of about 40 to 50m, emerge. The shale layers are very thin and fissile, so they disintegrate very easily.

Phosphate clay nodules, also fossiliferous, are still common. The nodules vary in shape from almost spherical to ellipsoidal, with dimensions of up to 20-30 cm in diameter, and are made up of several concentric layers, filled with various species of nautoids (orthocones), preserved in the form of "straws or cigars".

The fossils are positioned both vertically and horizontally, with dimensions from 2 to 3cm wide and 4 to 5cm long.

The outer layers of the nodules are more siliceous and rusty than the inner layers, where grey and soft siltites predominate, consisting of phosphates and some organic matter.