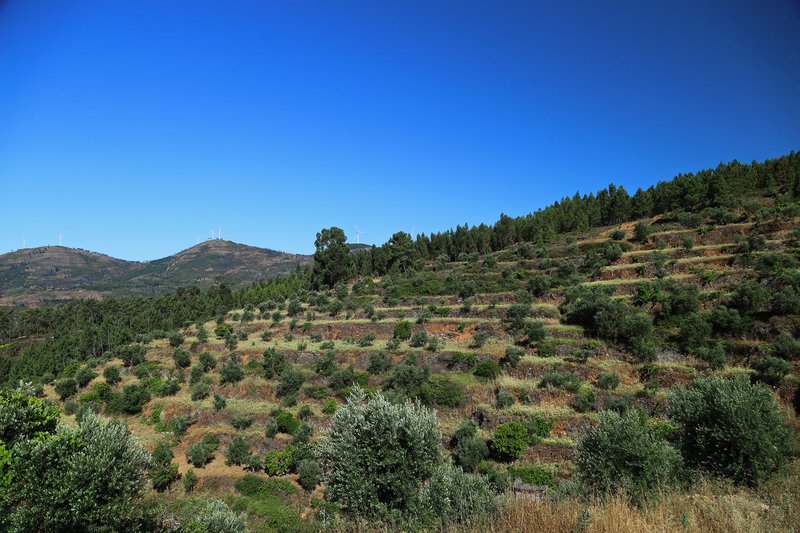 On the south-western slope, near the ruins of Casal Fundeiro (Corga Cimeira), there are a number of terraces following the shape of this slope. As the land is generally composed of fissile schist, easily disaggregated and decomposed by erosive agents, the only way to preserve the soils originated from these rocks was through the construction of terraces.

Their construction has also made it possible to control water erosion on land that is too steep for use in agriculture. The terraces are characterised by slopes about 1.5 m high, composed of walls built with blocks of rock, generally of a quartzite nature, to sustain the soils and prevent the disintegration of the geological schist unit.

This terraced landscape, although with little cartographic expression, is a small imitation of the terraces that occur on the slopes of the Douro River, where fields with significant areas of vineyards are established. The biggest difference between the terraces is the composition of the retaining walls; in the Douro they are made up of fragments of schist and here of quartzite, a rock that predominates locally.