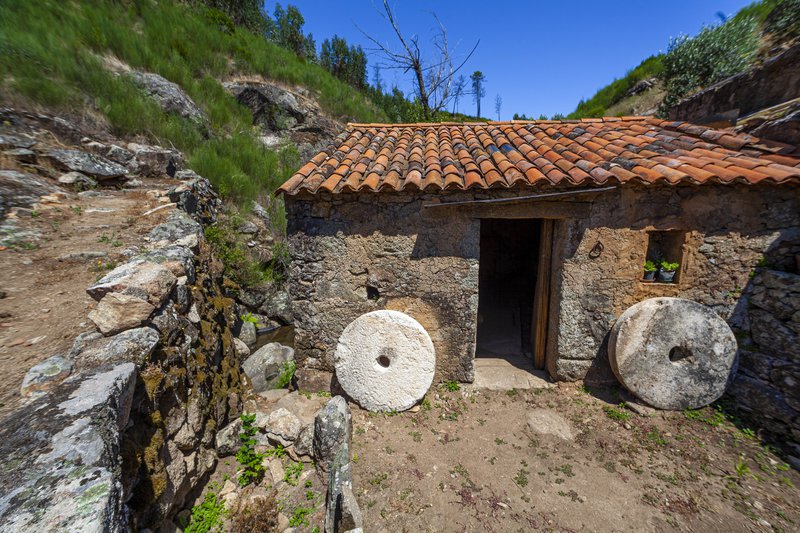 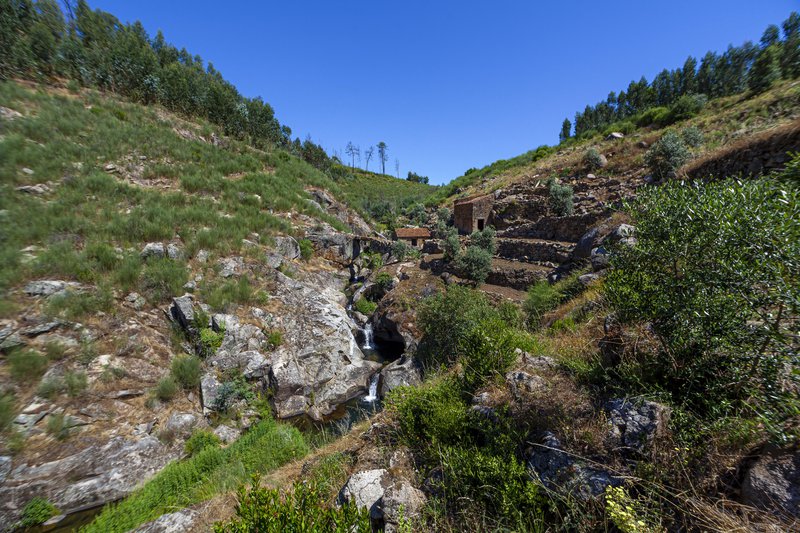 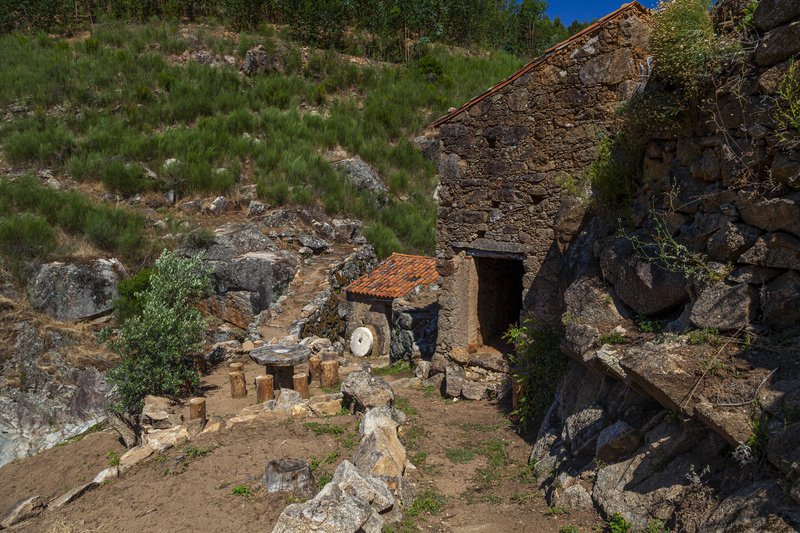 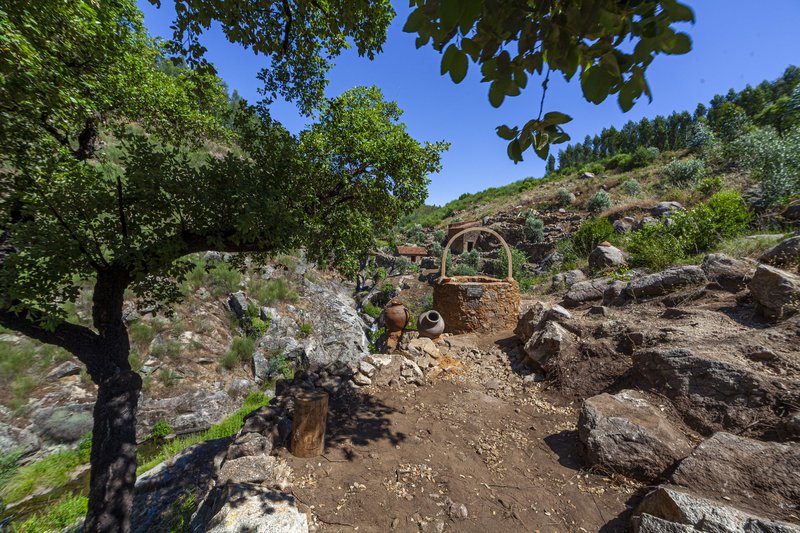 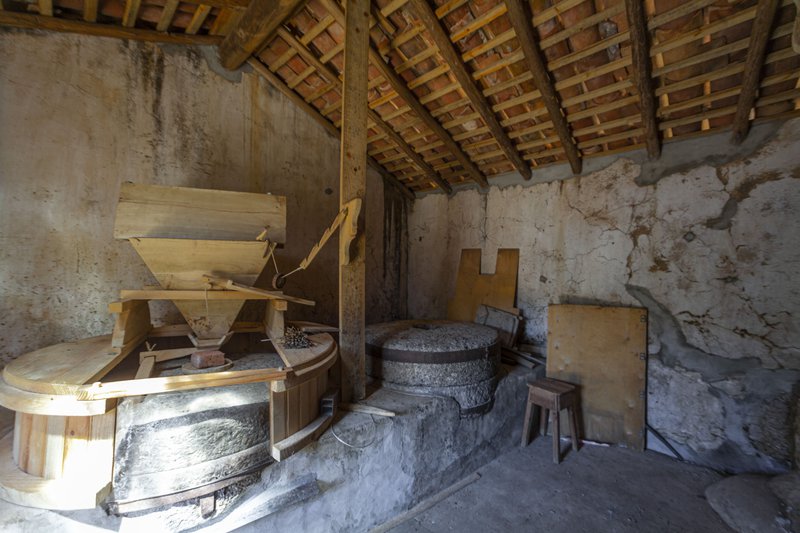 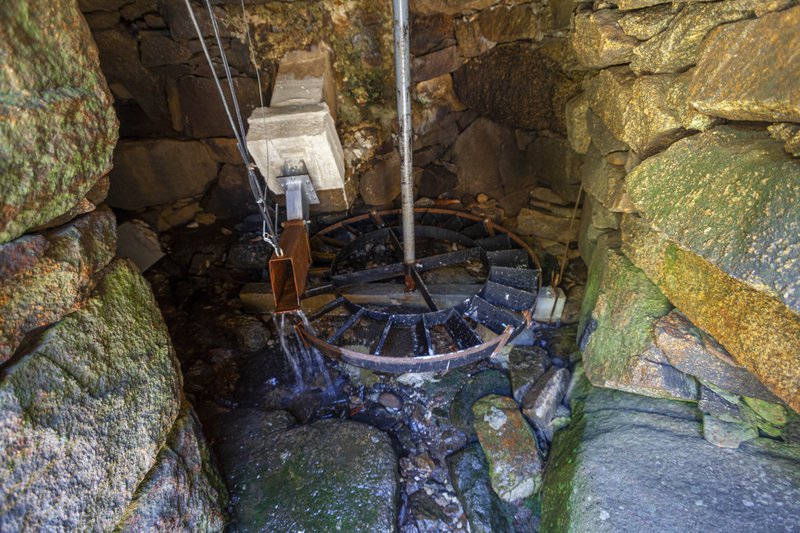 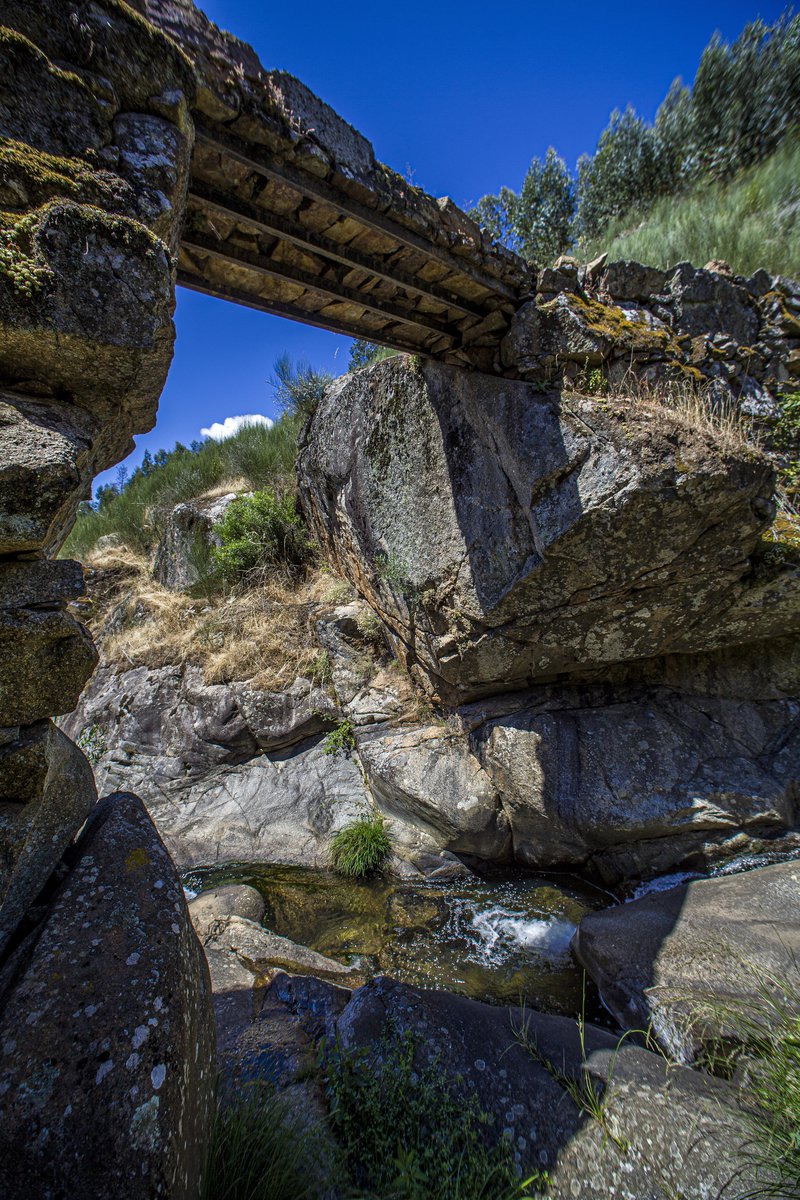 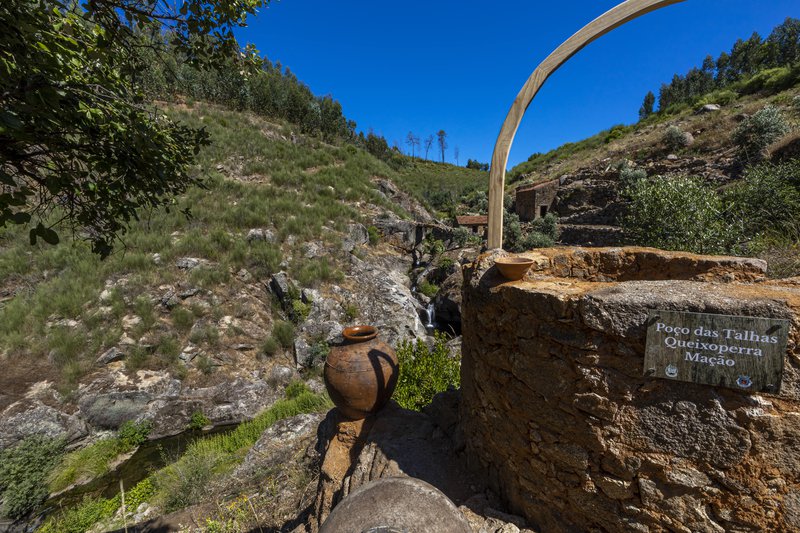 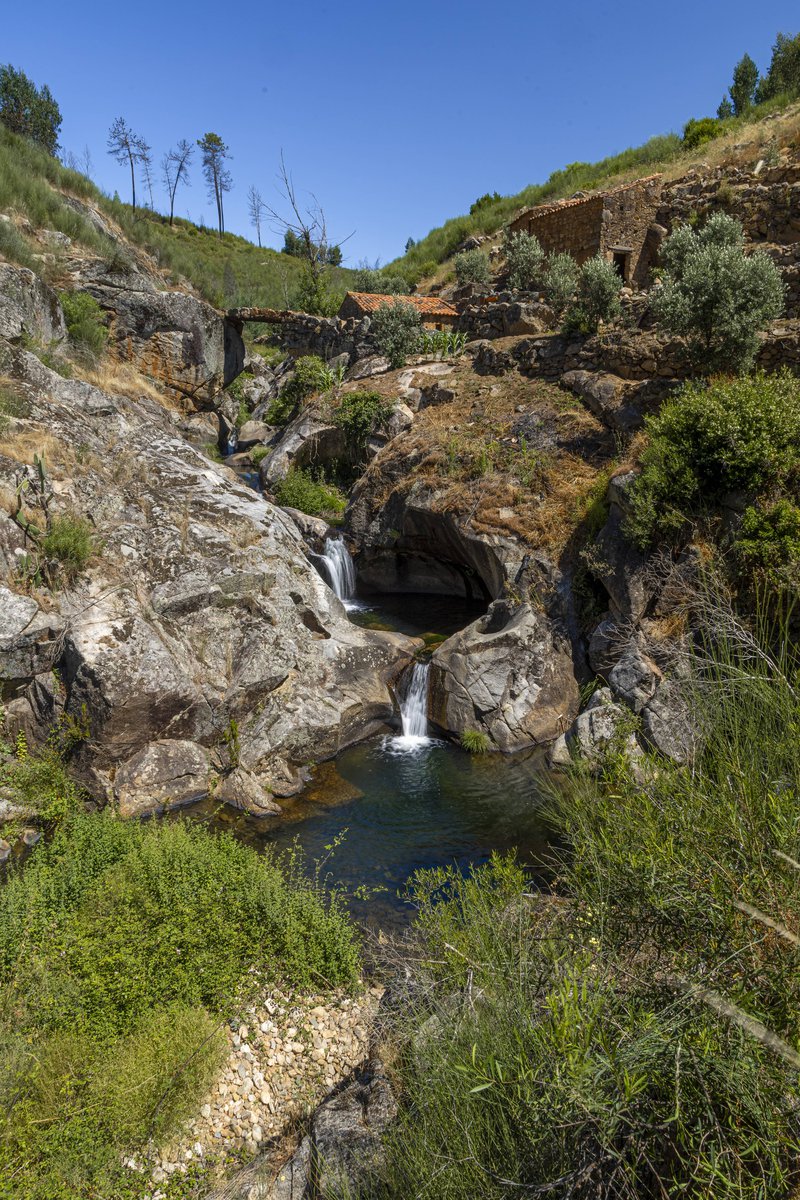 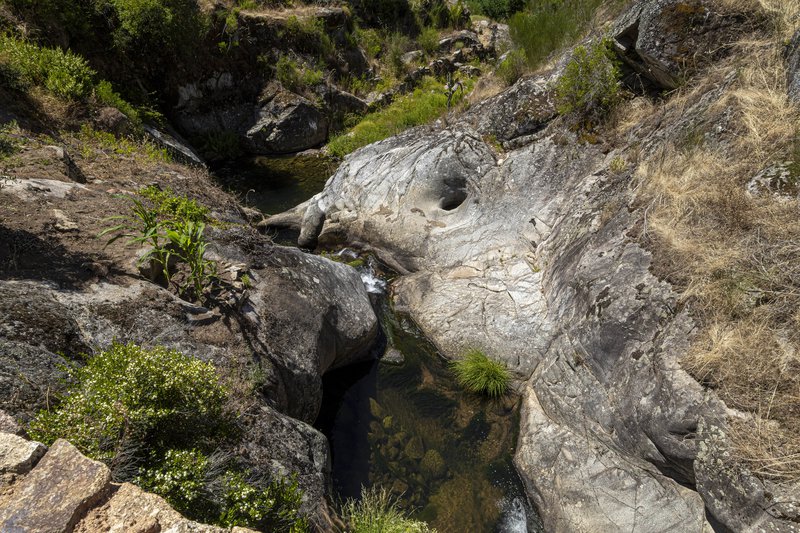 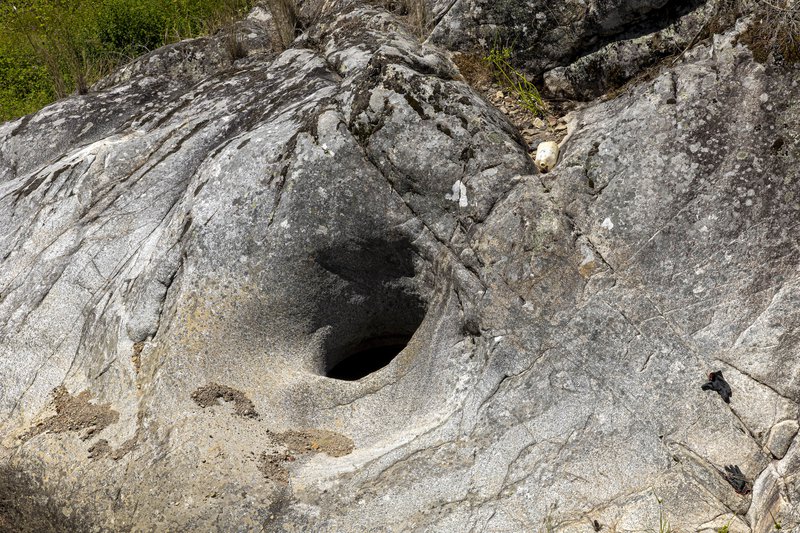 Well of the Hoists: the name makes sense. A few meters below the narrow bridge next to the watermills, the waters momentarily give way to the depth of the bed - there in the form of a carving, therefore. Further down, because the stream continues, frightened, between consecutive rocky outcrops and unevenness, there are other wells, but it was this one, the one of the Talhas, that baptized this whole area and the old watermills.

Sixty years ago the women from the surrounding area, especially from my village and from the neighbouring places of Abrantes and Sardoal, still arrived there, laden with fatigue and children, balancing many hours of toil, sweat and faith on their heads and under their arms. God knows what work the cultivation of corn gives.

Ricardo Marques, the miller, worked at a good pace, so often day and night, alone in the freshness of that valley, keeping himself company and the thoughts that visited him. Two dachshunds, just one man, no abundance, all around, over and over again, in the fulfillment of his destiny. Wisely and patiently.

Just as the wheel that now plunges and then emerges, so the history of this place has returned to its past to come up and breathe the air of our days. And who knows if the cycle will be complete already? Or how many turns can a life give?

Two years ago, when the fire appeared again in these parts, invincible, the flames not only destroyed the landscape of my village, they licked the souls of its people and left several people mute. And don't think it was fear, because it wasn't.

It was because they had so much to say, and above all because they knew that there are silences as powerful as cries. To the conversations about that demonic afternoon - and if they had the ability to turn back time, bring back the smell of pine and rosemary, but no - they had nothing to add.

Perhaps their courage was filled with doubts and the effort of resignation, it is possible, although we may never know it. There was possible justification for such misfortune and perhaps less disappointment. Thus, without words, it remained for them to shoulder nature, to get to work.

The rains swept the ashes and painted the slopes again, thus recovering hope and the green horizon. The stream now flows even more generously and around it grow lush ferns, acacias and brooms. The air smells of cistus and rosemary. The squirrels, the porpoises, the warblers and the blackbirds are back.

The Marmits of Azenhas have expression in several places along the river Frio, some of small size (originated from a simple discontinuity in Belver Granite, such as a diaclase), others of considerable size, some even more than 1m in diameter.

Considering its different morphologies, as well as its dimensions, it is possible to tell the story of its appearance and its various stages of evolution over time.