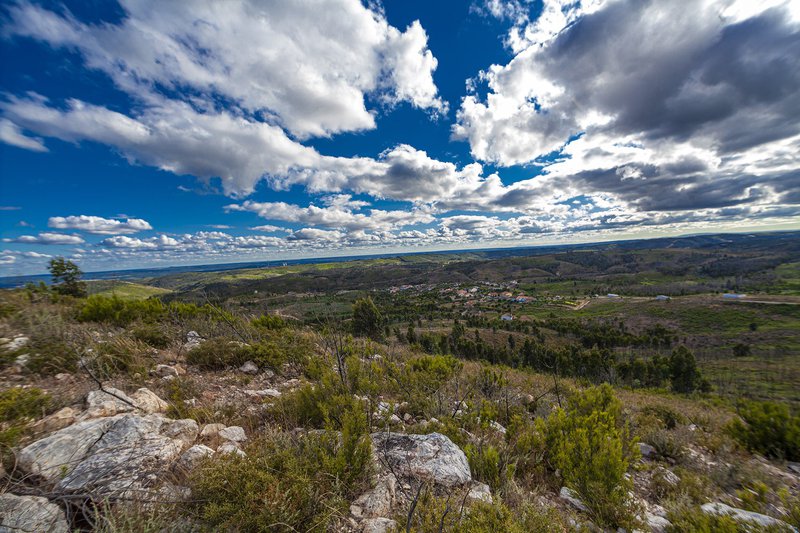 Queixoperra, is a village that belonged to the old parish of Penhascoso (now UFMPA), and is located in the western part of this parish.

Origin of the name:

Excerpt from the book "A CASA DA MINHA AVÓ" by Lurdes Vicente (Queixoperra), according to which the Toponym already existing in the 13th century, which represents an old and weird personal name or nickname of a woman that appears under the form of QUEIXA PERRA.

According to Pinho Leal, author of "Portugal antique e moderno", already in 1176 a lady with the Jewish name PERRA, belonging to the QUEIXA family, owned farms in Abrantes. It can be concluded that it is the QUEIXOPERRA, since the parish of PENHASCOSO, belonged to Abrantes until the end of the 19th century and there is no other village with a similar or similar name, currently.

The PENHASCOSO area was under Jewish influence.

Nestling in the valley between the Lercas and Carvalhal ranges, the village of Queixoperra surprises with the gracefulness of its streets and the hospitality of its people. The chapel dedicated to Our Lady of Luz, the Nicho da Sagrada Família, the Fonte da Bica and the Queixoperra mill are some of the points of interest in this village. On the outskirts of the village, about 20 minutes walk away, is the area of Poço das Talhas, where you can visit the old water mills that have been fully restored and prepared for milling cereals and the Crow's eye viewpoint.