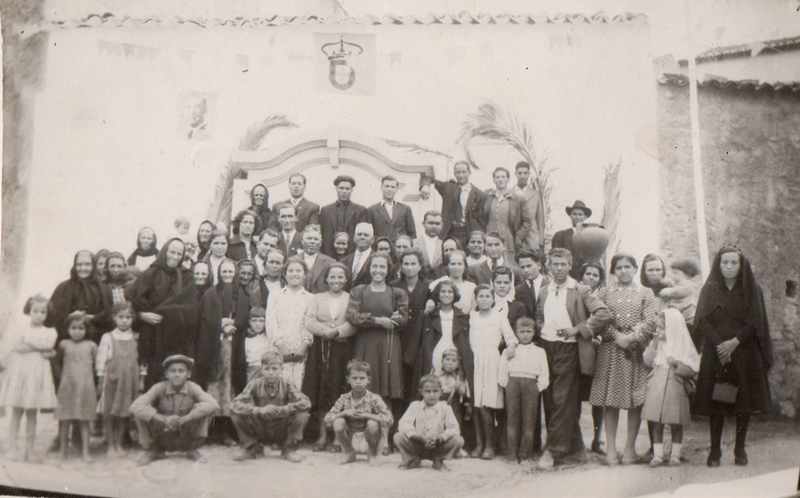 In 1951, during the village festivities (September), these public and unique public assets were inaugurated in the Mação Council. These improvements are said to be destined to Carregueira in Chamusca and not in Mação.

Because there was a water spring of enormous quantity, as well as quality, coming from the spring under the church, this became the daily meeting point of the population, for the daily washing of clothes.

At the end of the day, the girls with their clay pitchers would go to the spring to fetch water, taking the opportunity to flirt or, at the end of the working day, to give water to the donkeys that every family had.

(In the photo you can see fixed on the wall the photos of the then President of the Republic Craveiro Lopes, as well as on the opposite side if the Council Antonio de Oliveira Salazar.

It is unknown why the picture of the flag has the crown over the Coat of Arms of the Republic.