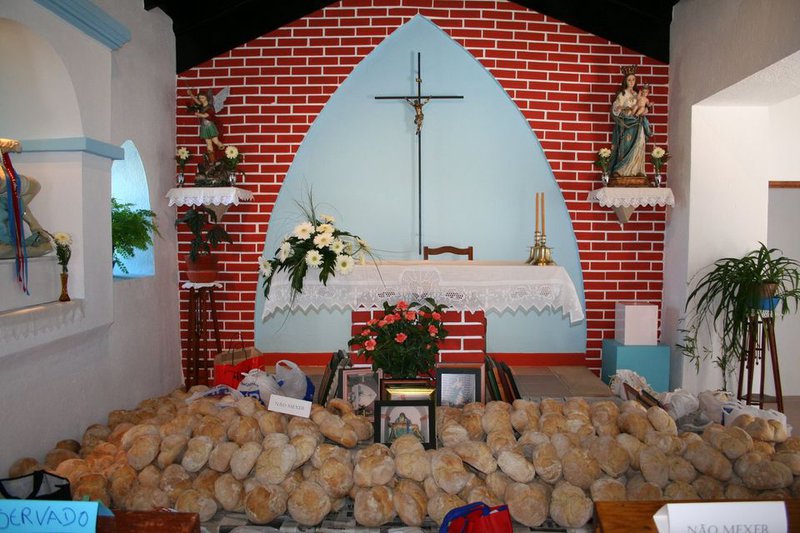 Legend of the Chapel of Our Lady of Moita

Legend tells that it was next to this Chapel that Queen Saint Elizabeth camped when she went from Coimbra to Vila Viçosa and they had nothing to eat. When the people knew this, with the little wheat they had, they made small breads to offer to the Royal entourage.

The Queen was touched by this act and soon promised that the people of Galega and Feiteira would no longer lack bread. Thus, on the way to Vila Viçosa, she ordered the owners of the estates to donate a quantity of wheat to the people of Galega e Feiteira every year, at the time of S. Miguel. Thus was born the tradition of the S. Miguel picnics that are made on this day and then blessed during mass in the Chapel of Senhora da Moita.