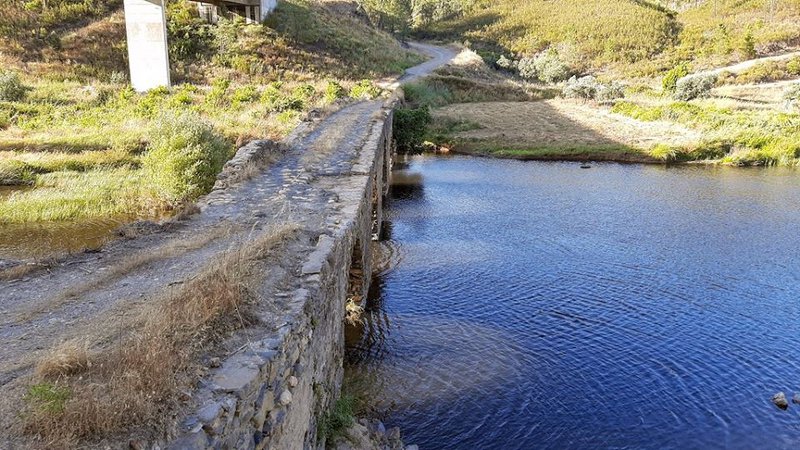 THE "VILLAGE OF THE VILLAGE", Vale do Grou, ENVENDOS

This is a wonderful place, nestled among evergreen hills,

covered by an intensely blue sky, surrounded by streams and springs whose

Still waters meander between the couples, offering in their floodplains,

extensive farmland and on its slopes pastures for the herds,

the scented air of the pines and eucalyptus involving everything, cradle of

men of generous and dense hearts, to whom we pay homage,

"It was a "city" where Mass was not said. It was called .

her, Vila do Vilar. The Lord, passing by a certain dark night, in which

There was a great feast, it was not recognized by the people. Music was played and only one

musician knelt down. Jesus, angry, gradually pronounced his sentence by means of

from the corner of a crane:

May an earthquake devastate you!

Frightened, the people left the party and fled to their homes, where they did not

arrived on time. An earthquake disappeared the city and that is the reason for the great

depth to which the findings are made".

"Before there was a "tabernacle" at the time of the earthquakes, a monster

Flying, called "Berra", flew over the village of Vilar as soon as night fell,

and everyone collected themselves. Reason why in the primitive nucleus of Crane Valley

the houses all have interior communication".

Edition of the Municipal Chamber of Mação - 1970