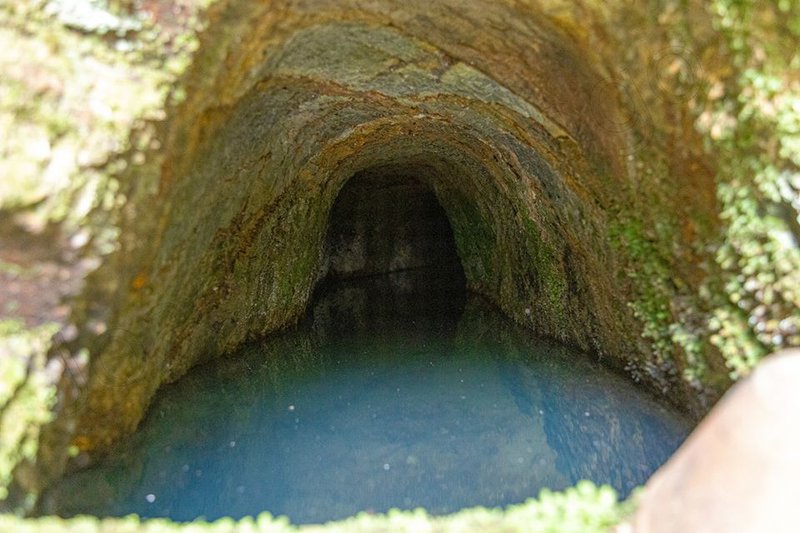 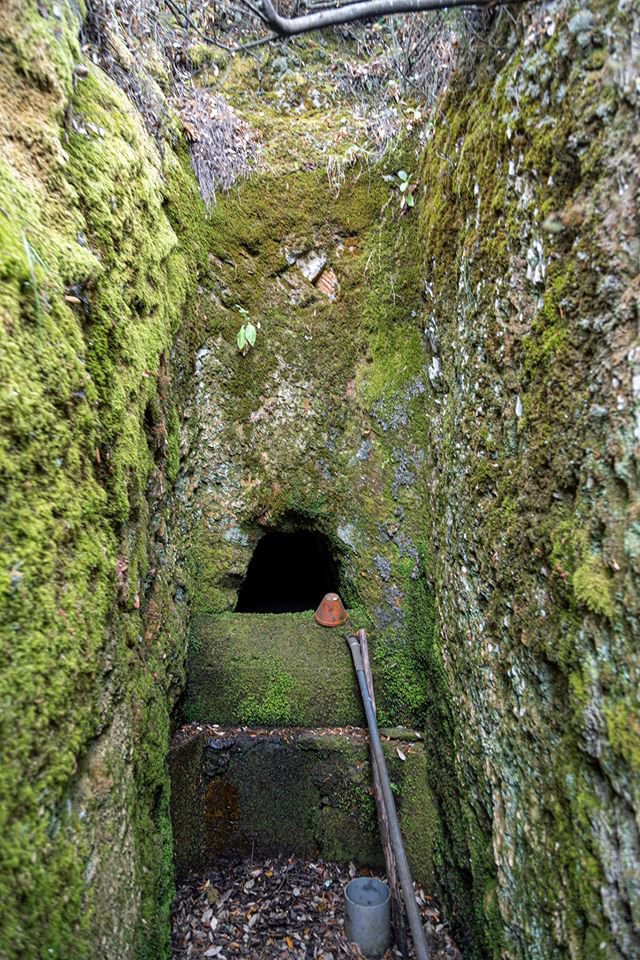 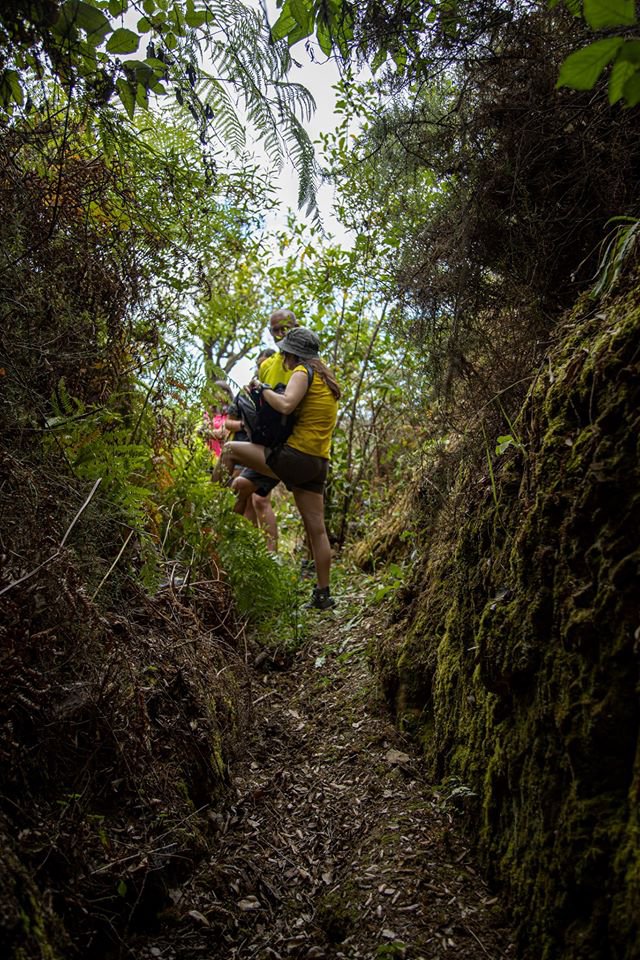 This underground water gallery is part of a property called Mina/Fonte, which is organized in several terraces ("chãos", as they are locally designated), a water collection system that was built to guarantee the irrigation of these lands as well as water supply to the owners of the property.

It is located in a geological unit of the Cambrian period which is characterized by the predominance of metagrauvaques benches and is probably associated with a geological fault, of W-E direction, visible in the area of Pico de Água and in the localities of Pé da Serra and Martinzes.

It is assumed that it was built by the family that owned this property at the beginning of the 20th century or by their ancestors who lived near Fonte Velha do Pé da Serra. The construction of this mina will probably date back to the mid/late 19th century, but its origin may have been earlier and might have been built by professional miners who, using the techniques available at the time, namely using large drills, explosives and manual excavation techniques, opened the underground gallery up to the spring.

.In the 1930s , this family left the village of Pé da Serra for Vila Nova da Baronia and sold the entire property and with it the mina, to the brothers José and João Martins, who will have added it, making up today a length of about 50 m during which it maintains the same section.

Before the migration of the descendants of the brothers José and João Martins to urban areas and the consequent decline of agricultural activity on the property, the mina was regularly cleaned by them, which guaranteed the quality of the water, which at the time was also used for human and animal consumption. This cleaning and maintenance operation consisted in complete dumping the accumulated water and removal of existing mud, algae and fungi, which was done manually by removing these materials with shovels and wheelbarrows galloping, through planks, the entrance of the mina. The front of the mina was added around 1960 or 1970 to allow for greater accumulation of water.

In the days of World War II and immediately afterwards it was said that the empty mina could serve as a refuge and shelter, and particularly the younger ones of the two families said: "If war comes, we will hide in the mina".

Today the water it produces is only used for irrigation and domestic support by the families that own it and the surrounding land.