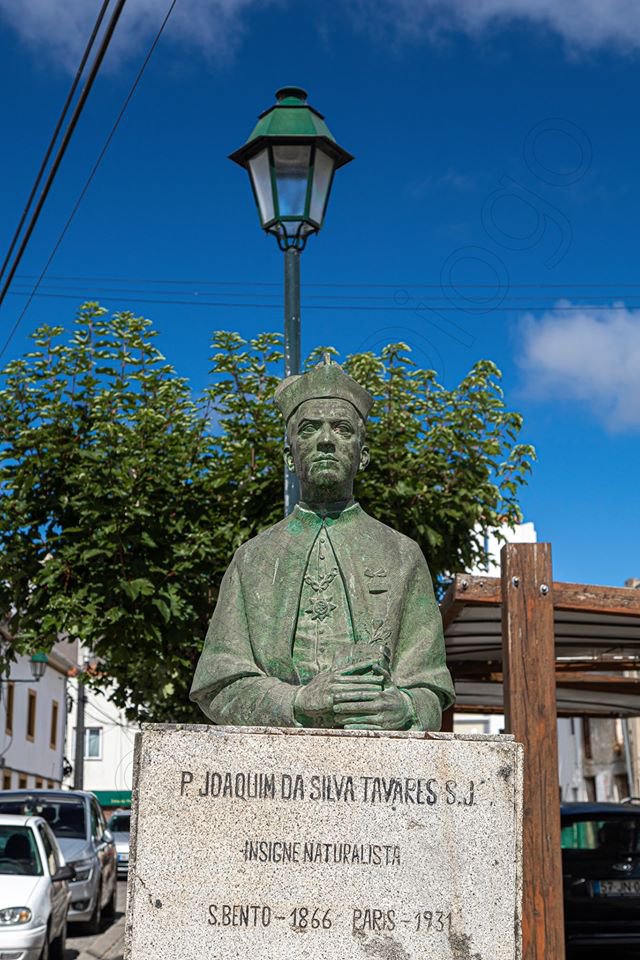 It is the noblest place in the village of Cardigos. It was named after José de Oliveira Tavares Júnior (1857-1945) a Cardiguense businessman who remained in collective memory for the great boost he gave to the candle industry in Cardigos and for his bairrismo in favour of his native clod. As the "visiting room" of the town, it already had the building of the Town Hall of Cardigos, right after the granting of the Manueline charter in 1518 until its extinction in 1836, in front of which was the Pillory, symbol of local Justice.

The Pelourinho was destroyed after the establishment of liberalism (1820) for representing the "old justice" and was rebuilt by the initiative of Father Joaquim da Silva Tavares, a Jesuit priest, and by the action of Mr. Mário Tavares, at the end of the 1930s. The space was made its way to the taste of the times and circumstances, with well and without well, with eucalyptus and without trees and acquired the current structure with the demolition of the old Misericórdia building at the initiative of Mr. Alberto Tavares, in the 30s of last century, with the construction of the fountain (1934), in the time of Mr. Mário Tavares, with the construction of the bust in memory of Fr.

It is in the SQUARE that the parishioners usually gather on special days and in more traditional gatherings such as "MADEIRO de NATAL" and "MAGUSTO de S. MARTINHO". Although today it looks a bit decrepit, it is good to remember it as the centre of the village, a kind of "city" or "forum", a space around which the civic, commercial and social life of the village of Cardigos and its parish was, and still is, taking place.